Floral Spectacle in Seattle, inspired by The Flower House (Episode 230)

“We can imagine it and we can do it,” Diane Szukovathy, Jello Mold Farm & Seattle Wholesale Growers Market 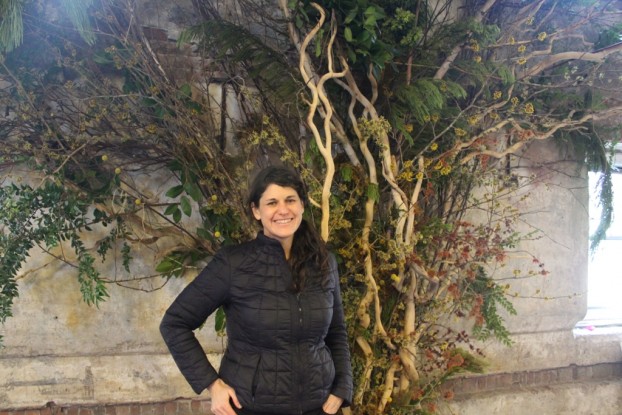 Lisa Waud, artist, innovator, entrpreneur, floral designer and creator of The Flower House (Detroit). She’s standing in front of the base of the tree-inspired sculpture installed by her students at the Seattle Wholesale Growers Market. 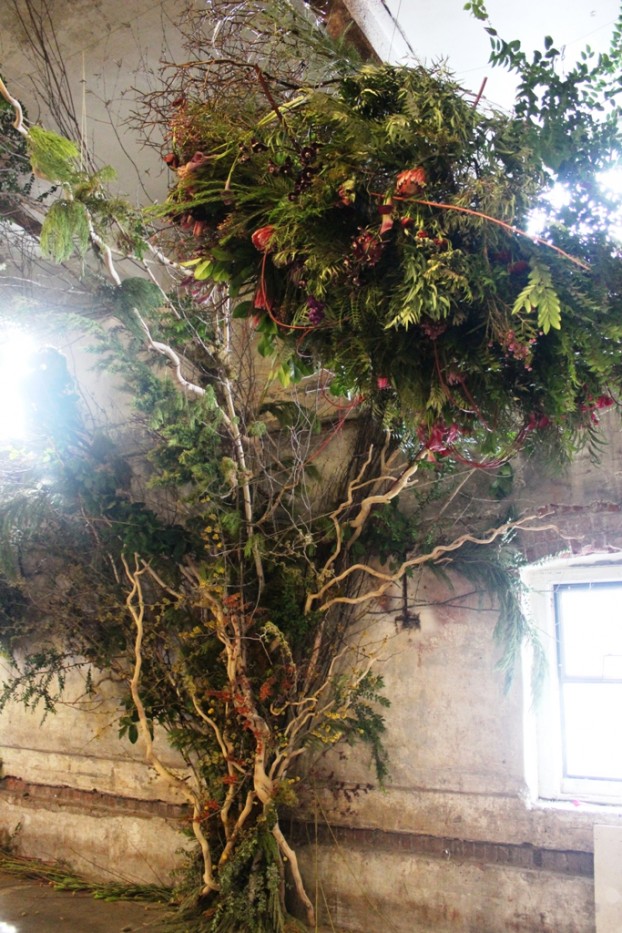 Last week I told you about a series of Flower House activities taking place in Seattle with creator Lisa Waud. As I noted, Lisa has been on a West Coast tour which began on January 19th in Seattle, took her to Olympia and Portland, and continues until early next week in California.

As it turns out, I had a scheduled interview be postponed, so today, I’m bringing you a series of clips, short takes and conversations from the various events held at the Seattle Wholesale Growers Market when Lisa was here. Please enjoy these sound-bites, beginning with remarks from flower farmer Diane Szukovathy of Jello Mold Farm, board chair at the Growers’ Market, as she introduced Lisa Waud’s Wednesday morning lecture.

Diane is followed by Lisa’s introductory remarks; then we’ll jump to several short interviews with designers who took part in a Master Design Class led by Lisa. Thirteen designers teamed up to experience a mini-version of the Flower House installation, creating a massive botanical sculpture within the Market’s walls in just under 4 hours on January 19th. 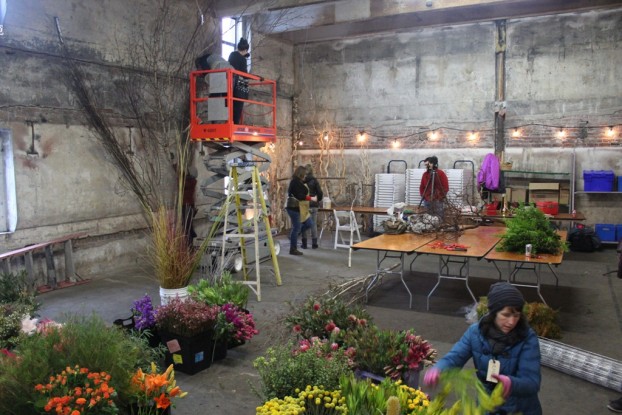 Early in the class, a team started building the “bones” of the sculptural installation, while other designers worked on the floral pieces, called “amoebas” 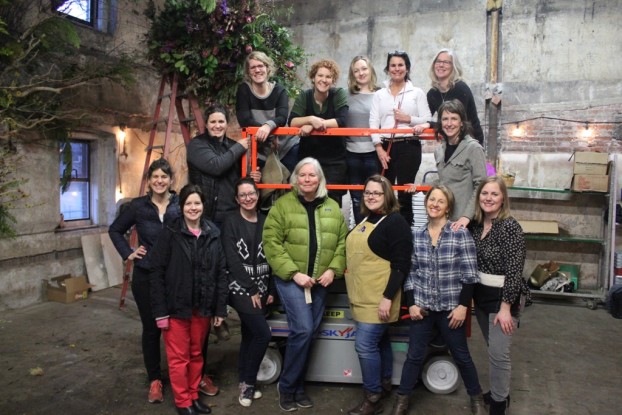 The team of amazing designers who were led through a 4-hour session with Lisa Waud (lisa is front, far left) 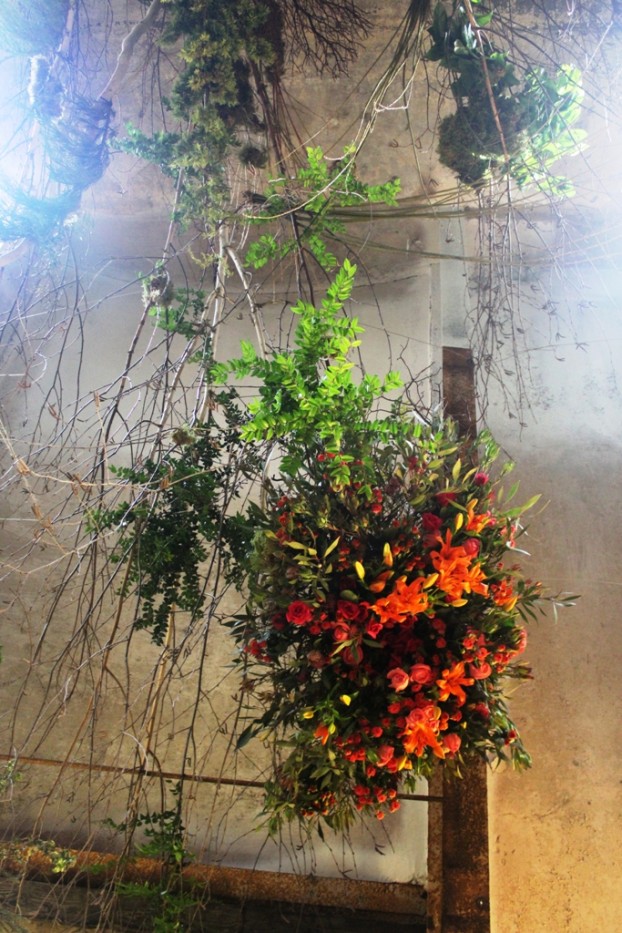 Led by Lisa, the designers went through the entire process that a Flower House designer probably experienced — from visioning, brainstorming, creative problem-solving and execution. Having watched the process first-hand, I have to say it was nothing less than Spectacular!

One of the fun things Lisa threw into the mix was a series of surprises that added pressure and tested the mettle of the designers, much like the Flower House team endured during the 3 days when they installed the Flower House.

So I played along as a member of the press, who showed up unannounced expecting people to stop what they were doing while I conducted an interview. That was just one of the crazy twists Lisa threw at her students. Another of her surprises was to add a “last minute” delivery of flowering branches — and challenging the designers to figure out how to incorporate those elements into an almost-finished composition.

In the end, well, all I can say is, these designers rose to the challenge and proved that the sum of their parts was far greater than anyone could have individually achieved. 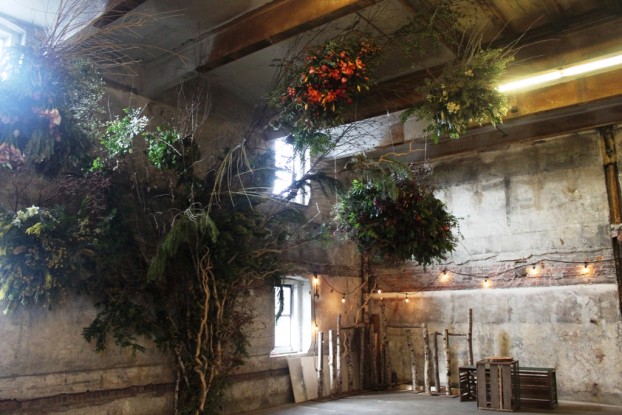 The final installation is gloriously wild and magical. 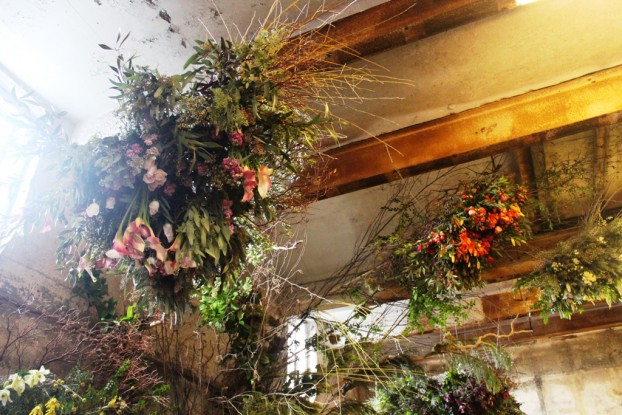 The Seattle Wholesale Growers Market’s 18-foot-high ceilings are perfect for the installation — check out the I-beams. 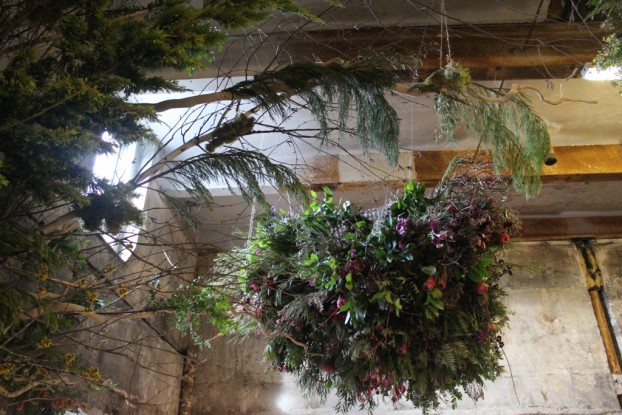 Each of the five “amoebas” were woven with foliage, branches and flowers, with a specific color emphasis. 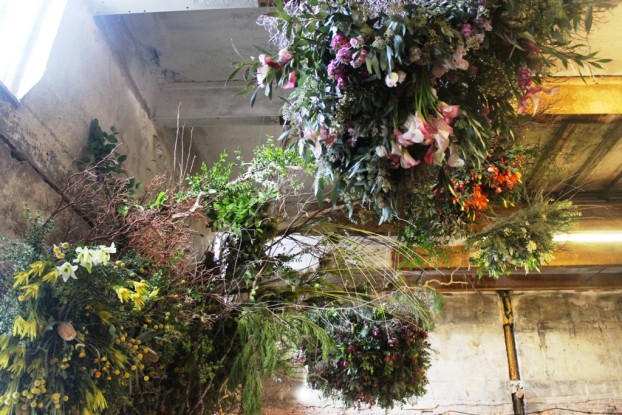 Another view of the hanging pieces 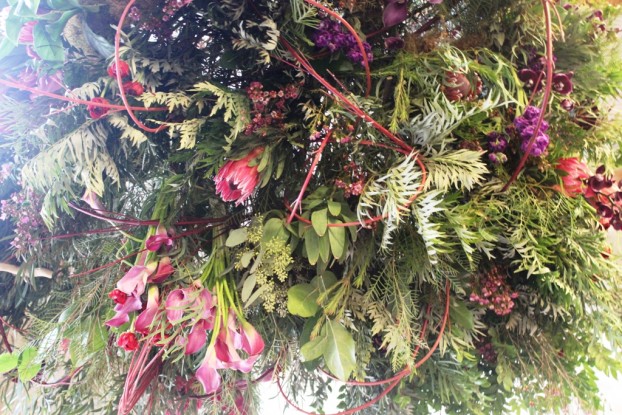 Details of the pink and fuchsia amoeba, fashioned with flowers and foliage from the farms that supply the Seattle Wholesale Growers Market

As you hear a series of clips, I will ask each person to introduce herself and her business, followed by a brief series of questions; and then we move onto another group of designers. This patchwork quilt of a podcast episode concludes with a 10-minute wrap-up session, a debrief with Lisa and the 13 designers, as they compare notes about the challenges and results of their time together.

Here is a list all the participants and their social media links — these are women you will want to follow if you haven’t yet discovered them!

Finally, I have to state publicly, that this entire week of events could not have happened so successfully without the leadership and talents of the three staff of the Seattle Wholesale Growers Market: Molly Sadowsky, Danielle Bennett, and Agnes Cwalina. They are amazing! 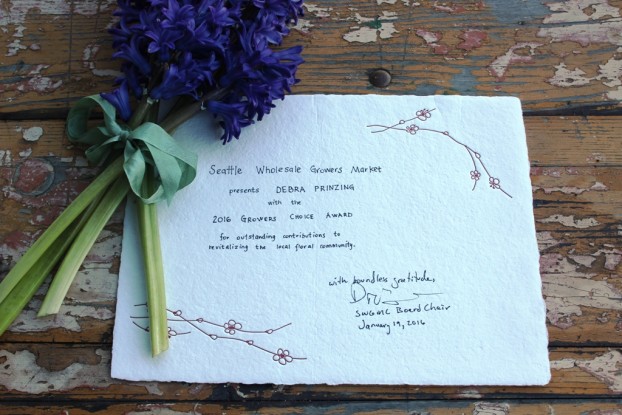 This happened and it came as a total surprise!

I want to thank the flower farmers of the Seattle Wholesale Growers Market for surprising me with a huge honor. Here is a link to the Market’s press release.

On January 19th, Slow Flowers hosted a dinner to honor Lisa Waud and to showcase the floral art installation she and her team had installed earlier that afternoon.

At the dinner, Diane Szukovathy took the mic and announced that the farmers had created a new award, called the Growers Choice Award, and that I was the first recipient. Later she told me it was the most fun scheming she’d had in a long time, which puts a huge smile on my face. I truly was astonished to receive this recognition–and the language is most meaningful because it recognizes “outstanding contributions to revitalize the local floral community.” 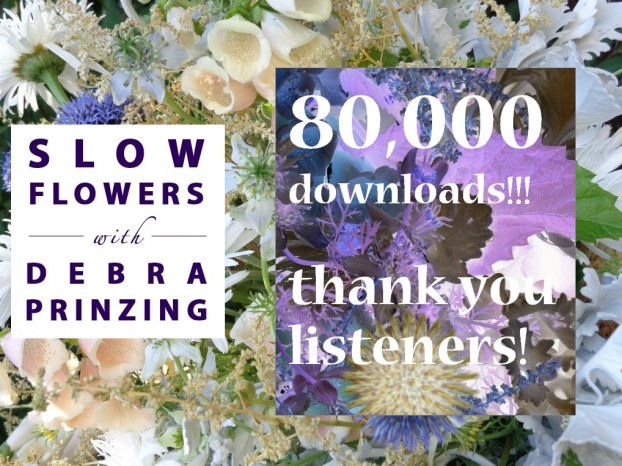 The Slow Flowers Podcast has been downloaded more than 80,000 times by listeners like you. THANK YOU to each and every one of you for downloading, listening, commenting and sharing. It means so much.

This entry was posted on Wednesday, January 27th, 2016 at 9:55 am and is filed under American Grown, Architecture, Blog Posts, Creativity, Entertainment, floral design, Flower Farming, General, Plants, Playfulness, Podcast Episodes, SLOW FLOWERS Podcast, Slowflowers.com the Directory of American Flowers. You can follow any responses to this entry through the RSS 2.0 feed. You can leave a response, or trackback from your own site.

4 Responses to “Floral Spectacle in Seattle, inspired by The Flower House (Episode 230)”