Seeking and Celebrating Diversity in the Green Industry

This article is authored by Chantal Aida Gordon, Leslie Bennett and Debra Prinzing. It originally appeared in the September-October 2017 issue of On the QT, the newsletter of GWA: The Association for Garden Communicators The diversity discussion uses many terms and some are clumsy. Others are so overused that their relevance or meaning has been diluted. When we discussed […] 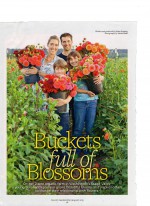 On her 2-acre organic farm in Washington's Skagit Valley, a young floral entrepreneur grows beautiful blooms and inspires others to change their relationship with flowers.

Produced and written by Debra Prinzing | Photographed by Laurie Black

On her two-acre organic farm in Washington’s Skagit Valley, a young floral entrepreneur grows beautiful blooms and inspires others to change their relationship with flowers 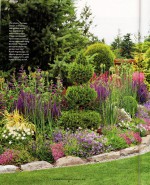 Starting with a blank slate allowed one creative Northwest couple to cultivate a color-packed garden for year-round appeal.

Produced and written by Debra Prinzing | Photographed by Laurie Black

While other homeowners might be discouraged by a yard with poor drainage and a steep, 10-foot bank, Rudell and Jay Hegnes were undaunted by such challenges. Located in Gig Harbor, Wash., near Tacoma, their one-third-acre site’s pluses included a quiet neighborhood and sunny exposure. As for the hillside, Rudell says: “We knew it could […] 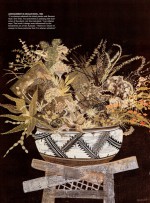 At 71, Adams is an independent artist, unattached to a gallery but with an extensive list of clients and collectors throughout the Northwest and beyond. His supporters and fans yearned to document Adams’s work in a book, says friend and art book publisher Ed Marquand of Marquand Books. “Leo is the reigning artist of Central Washington. He is deeply beloved and respected. There wasn’t any question that producing a book about Leo and his work needed to happen.” 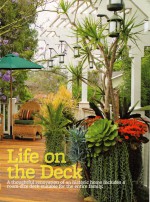 Life on the Deck

A thoughtful renovation of an historic home includes a room-size deck suitable for the entire family.

The activities of today’s families inevitably spill outdoors, especially in a region known for its beneficent year-round climate. Kelle and Robert Wright, who have lived in the historic home since 1993 (and have been restoring it ever since), wanted to capture as much bonus space from the outdoors as possible. 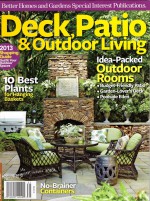 A Haven for Homebodies

A family of five gets maximum enjoyment from a versatile backyard redesign - with something for all ages.

Start with one ordinary backyard, a concrete patio, a patch of lawn and a swing set. Include one mom and one dad, both with busy medical careers, plus three active kids. Add one rambunctious dog named Mackie and an undemanding cat named Ginger.
For Gigi Kroll McConnaughey, an OB-GYN physician in private practice, and Doug McConnaughey, an internist, this equation didn’t add up. Three years ago, the couple realized that their Newport Beach, Calif., property wasn’t reaching its potential.
“We’d been toying with a big garden project, but the idea of tackling it was overwhelming for two working parents,” Gigi says of their average-sized suburban lot.

"Six months of work was well worth the years of enjoyment we'll have hanging out with each other - and our dog Jackson - in the new backyard." 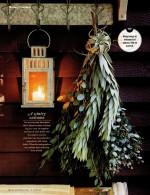 This is the time of year to decorate with conifer boughs and branches. Thanks to nature’s many sparkling options, you can go far beyond evergreen sprays and red holly berries — especially if you love the metallic shimmer of silver foliage and plants. 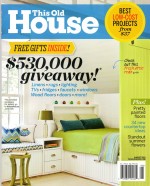 With a full spectrum of hues, shapes and sizes, this dramatic flower looks great in the border - and the vase

The drama queens of late summer, dahlias have an eye-popping palette, amazing forms and architectural stature. They’re a striking alternative to the season’s more common flowers like mums or asters. Although it’s too late to plant tubers at this time of year, you can still find potted dahlias at garden centers – ready to plant immediately. Your dahlias will continue to bloom until the first frost, as late as Thanksgiving in some regions of the country. 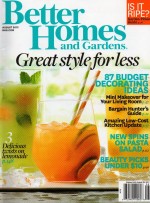 Like fluid ribbons of color, Mediterranean-style clay pots connect a garden's many spaces

Trending terra cotta: You’d think that a lot of containers could clutter up a place, but that’s not the case in Susann and Gale Schwiesow’s Pacific Northwest garden, where no fewer than 175 pots of mostly gold and green foliage plants, including clipped boxwood balls, connects four distinct outdoor rooms and draw the eye through the landscape.