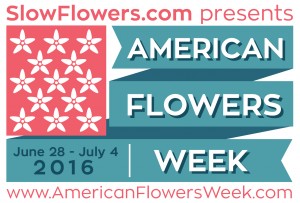 All across the nation, from Alabama to Wyoming, Oregon to Maine, locally grown flowers will be highlighted and celebrated during American Flowers Week, a weeklong campaign inviting U.S. flower farmers and florists to showcase American-grown red, white and blue blooms on social media platforms (using #americanflowersweek) and in their own communities.

American Flowers Week is the advocacy, education and outreach campaign co-produced by the Slow Flowers Podcast with Debra Prinzing and Slowflowers.com, the nationwide, online directory to American Flowers and the people who grow and design with them. 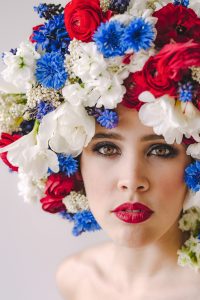 In its second year, American Flowers Week highlights the homegrown talents of more than 700 member floral businesses listed on Slowflowers.com, including Susan McLeary of Passionflower Events in Ann Arbor, Michigan, designer of the iconic “Flower ‘Fro” depicted in the 2016 campaign poster. To create the majestic headpiece, the designer incorporated flowers donated by seven American flower farms in three states.

Here is a sampling of some of the activities and events taking place coast to coast: 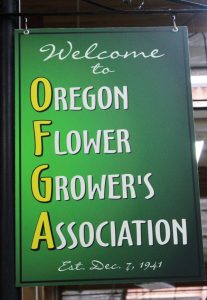 In Portland, the Oregon Flower Growers Association hosts its first Design Invitational. Emerging and established florists are welcome to create a red-white-and-blue arrangement showcasing their skills using unique, Oregon-grown flowers and foliage available to the marketplace. 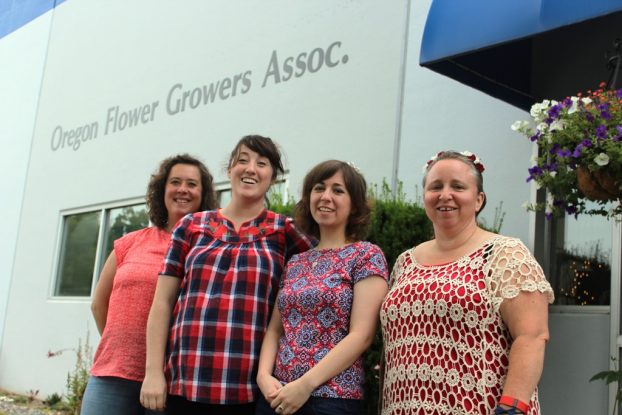 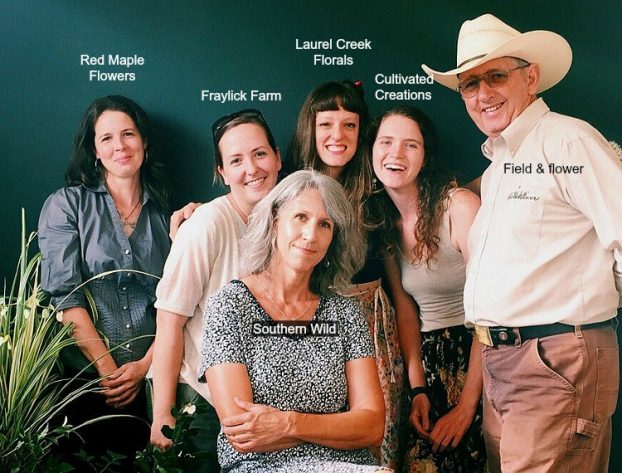 In Greenville, South Carolina, the newly-formed SC Upstate Flower Growers kicks off its first season as a collective of nine flower farmers dedicated to bringing fresh, local flowers to the region’s upstate area. 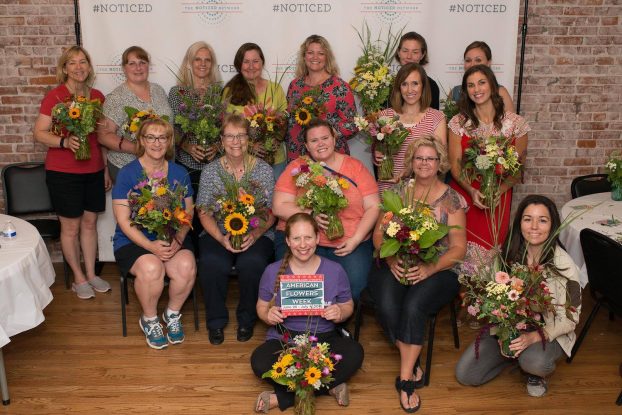 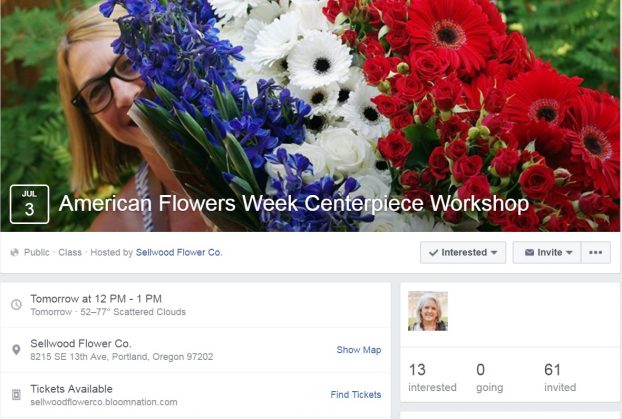 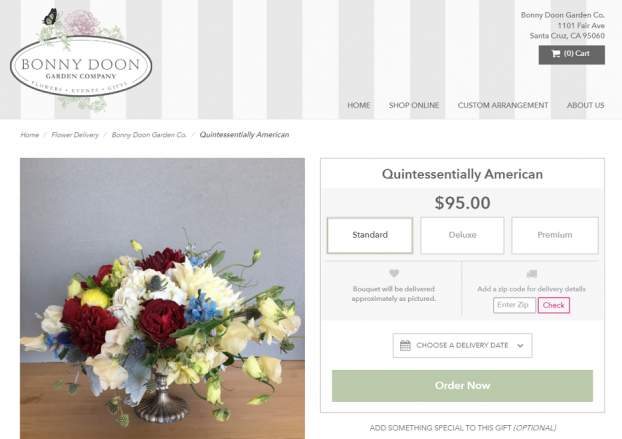 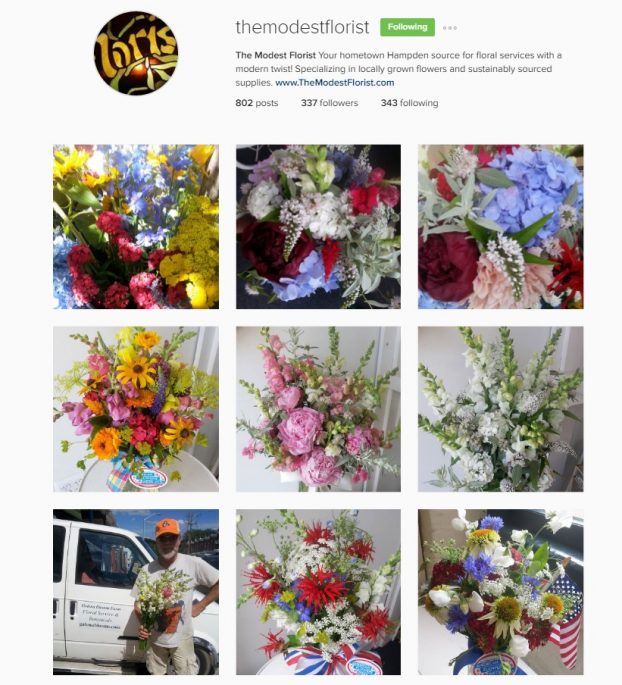 Libby Francis of The Modest Florist in Baltimore, Maryland, turns to her Instagram feed to post photos of her favorite Maryland flower farmers and their blooms, as well as red-white-and-blue bouquets on offer at her retail shop. 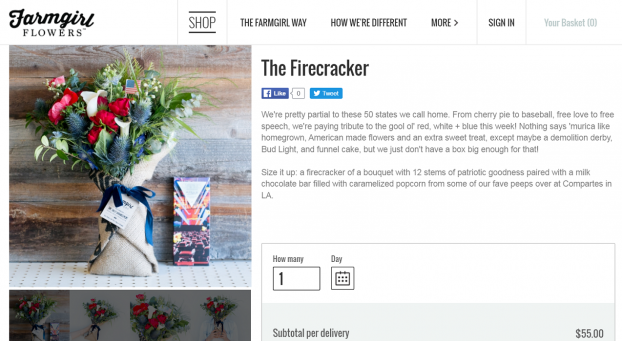 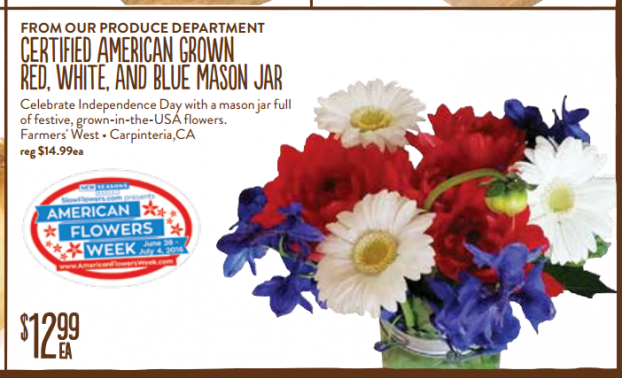 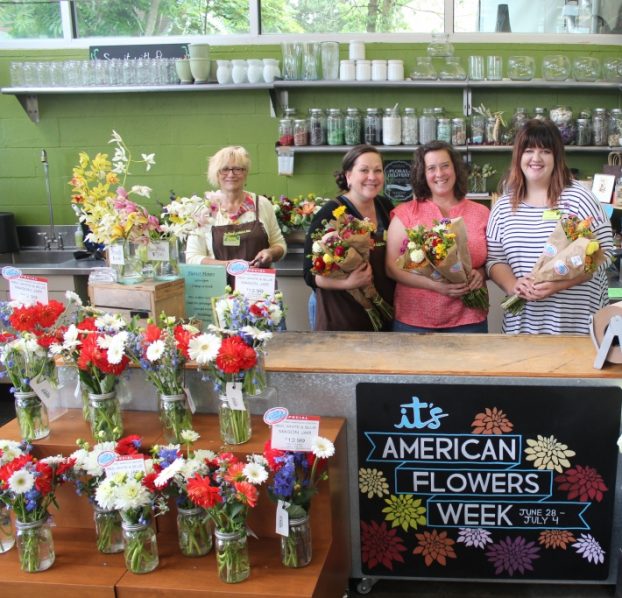 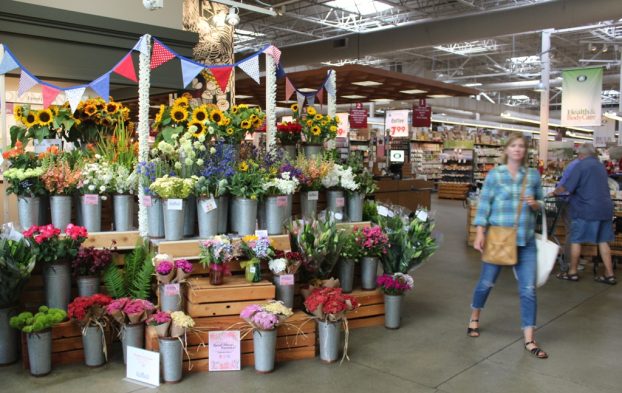 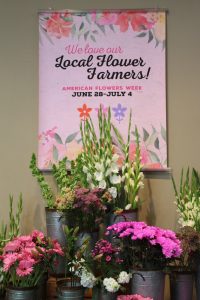 Town & Country Markets Inc., a regional, locally-owned and operated independent grocery company founded in 1957 and based in the Seattle area, is participating with American Flowers Week signage and bouquets throughout its six-store chain.

Both chains are using the unique American Flowers Week label to alert their consumers to the origin of the flowers. 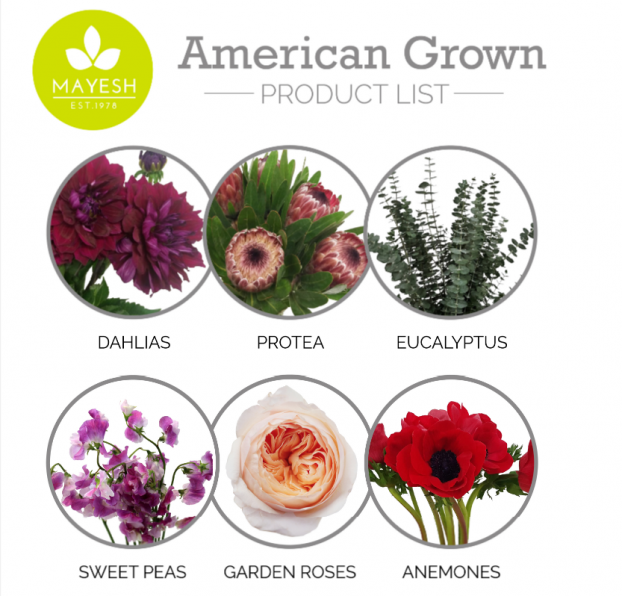 Wholesale Florists: Los Angeles-based Mayesh Wholesale promotes American Flowers Week in all 17 of its branches across nine states, with programs tailored to each region’s professional florist customer base. Included in the activities are special in-branch displays, company blog features about American flower farms and localized floral availability sheets developed for each market.

50 States of American Grown Flowers — Gallery of Designs
American Flowers Week is collecting floral submissions to its gallery representing flowers and bouquets from as many states as possible.

Throughout the week, flower farmers and designers will post and tag images of their blooms and bouquets on social media. You can see the full gallery here.

On July 4, all participants are eligible for a giveaway drawing, with the pool of prizes contributed by the 2016 American Flowers Week sponsors. 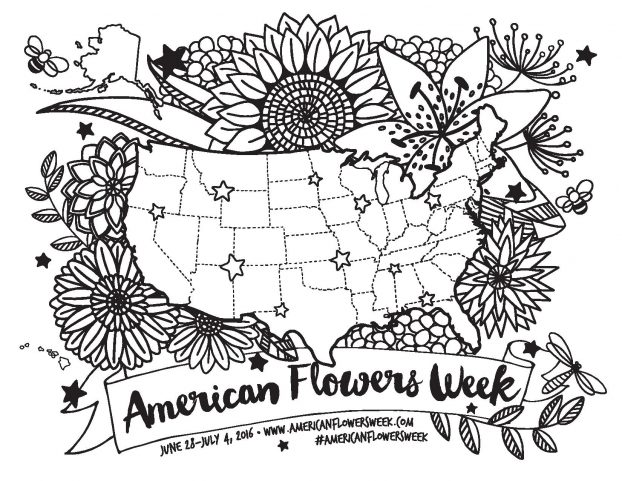 Free Consumer Resource:
Young and old artists have the chance to express their coloring talents with the American Flowers Week USA Floral Map, available for free download at Americanflowersweek.com. The beautiful illustration was designed by Jenny Diaz, a Fresno, California, artist, and depicts the USA Map surrounded by popular American-grown flowers. Teachers have used the map for student activities and several florists are running “coloring contests” to involve their customers.

#AmericanFlowersWeek — the hashtag that highlights flowers, florists and farmers in all 50 states
In 2015, the inaugural year, #americanflowersweek achieved more than 400,000 social media impressions on Twitter and Instagram during a 30-day period encompassing the campaign month. Slowflowers.com encourages everyone involved in celebrating American Flowers Week to use the hash tags #americanflowersweek and #slowflowers to help spread the news of American-grown cut flowers and the people who grow and design with them.

About American Flowers Week
Inspired by the success of British Flowers Week, now in its fourth year, American flowers advocate and journalist Debra Prinzing created the U.S. version of the domestic flowers promotion campaign. She has chosen to launch the campaign during the week culminating with U.S. Independence Day, from June 28th – July 4th, 2016. Read more about American Flowers Week at our Frequently Asked Questions page. 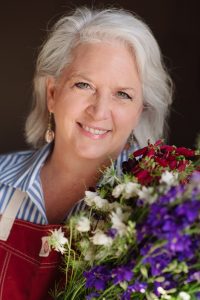 Debra Prinzing is a Seattle-based writer, speaker and leading advocate for American Grown Flowers. Through her many Slow Flowers-branded projects, she has convened a national conversation that stimulates consumers and professionals alike to make conscious choices about their floral purchases. Debra is the producer of SlowFlowers.com, the online directory to American grown farms, florists, shops and studios who supply domestic and local flowers.

Each Wednesday, approximately 1,000 listeners tune into Debra’s “Slow Flowers Podcast,” available for free downloads at her web site, debraprinzing.com, or on iTunes and via other podcast services. She is the author of 10 books, including Slow Flowers and The 50 Mile Bouquet.

Media Contact:
For more information on American Flowers Week and to request images of our 50 States of American Grown Flowers, our Flower Fro and other designs, please contact Debra Prinzing, Slowflowers.com at 206-769-8211 or debra(at)slowflowers(dot)com

This entry was posted on Saturday, July 2nd, 2016 at 1:41 pm and is filed under American Flowers Week, American Grown, Blog Posts, Creativity, floral design, Flower Farming, Slowflowers.com the Directory of American Flowers. You can follow any responses to this entry through the RSS 2.0 feed. You can leave a response, or trackback from your own site.

2 Responses to “American Flowers Week 2016 is in full swing”