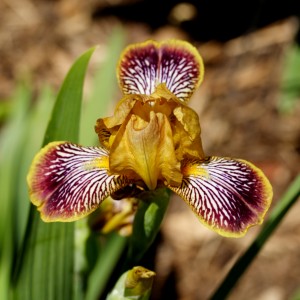 It’s not unusual to find a clump of purple-flowering bearded irises in the beds and borders surrounding many older American homes. For decades they’ve been forgotten or dismissed as a “grandmother’s garden flower,” but bearded irises are enjoying a renaissance of sorts. 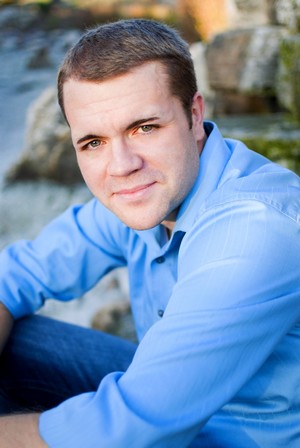 It’s thanks in part to the activities of today’s guest, Kelly Norris, a 20-something horticultural rock star whose obsession with bearded irises dates back to his 12-yr-old curiosity.

The breeding and hybridizing efforts of Kelly and others has greatly broadened the palette of these unique flowers which bear a set of upright petals (called the ‘standard’) offset by an equal number of downward cascading petals (described as the ‘fall’).

According to Kelly, late summer to early fall is the best time to plant bearded iris rhizomes- so that means you have a few more weeks to add some of these beauties to your cutting garden. And if you’ve never before considered growing or designing with bearded iris, I promise that my interview with Kelly will inspire you to do so!

Kelly D. Norris is the award-winning author and plantsman from Iowa and the first horticulture manager at the Greater Des Moines Botanical Garden, a newly revitalized 14-acre public garden in Des Moines, Iowa. 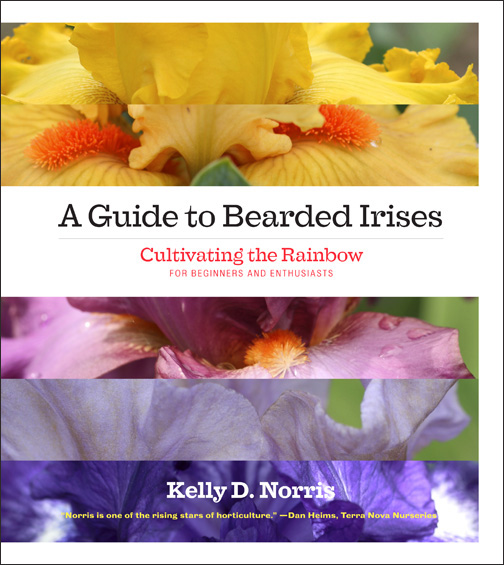 He’s popularly known for his book A Guide to Bearded Irises: Cultivating the Rainbow for Beginners and Enthusiasts from Timber Press, which won the 2013 American Horticultural Society Book Award. He’s at work on his next project tentatively titled Dig This: Stylish Gardening with Kickass Plants.

As a speaker, Kelly has garnered acclaim for his high-energy, zealous presentations on the national stage, leading many to call him one of the rising stars of American horticulture.

Kelly’s unique 10 years of experience in the industry began at age 15 when he talked his parents into buying a nursery (Rainbow Iris Farm), and in that time he’s become one of the few gurus on marketing horticulture to emerging demographics.

At the Botanical Garden, Kelly directs and manages a team of horticultural professionals in all aspects of design, curation, programming, and garden maintenance and has a principal leadership role in the $12 million renovation and expansion currently underway.  He is also the editorial director for the organization’s award-winning member magazine Bloom, leads several programming initiatives aimed at fulfilling the Garden’s mission of “exploring, explaining and celebrating the world of plants,” and is the artistic director of the newly minted Spring Garden Festival which had its debut in May 2014. 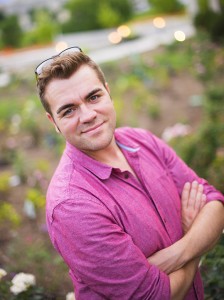 Kelly is the youngest person to receive the Iowa State Horticultural Society’s Presidential Citation, Award of Merit and Honor Award in the organization’s 150 year history, awards that exemplify service and contributions to horticulture in Iowa.

In 2011, he was also honored by the Perennial Plant Association with the Young Professional Award, recognizing early contributions to the advancement of herbaceous perennials in American horticulture.

In 2013, he won the Iowa Author Award for Special Interest Writing, the youngest Iowan to be recognized in the history of the awards program.

I caught up with Kelly at the Garden Writers Association symposium in Pittsburgh several weeks ago. 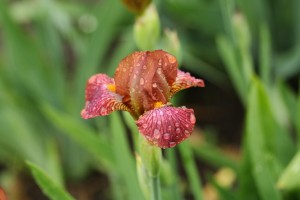 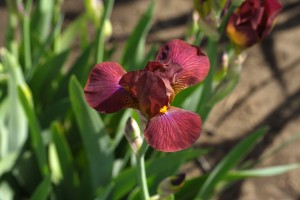 Our topic: miniature tall bearded irises. That sounds like an oxymoron, but in the interview we’ll learn why Kelly believes this iris classification is ideal for cut flower farms to grow and floral designers to request.

According to the American Iris Society, the MTB classification, as this type is called, is also known as ‘table iris’ or ‘bouquet iris,’ terms that give you a clue about their suitability for floral design. With bloom stalks measuring 16 inches to 27.5 inches, the flower is far daintier and has a more slender bloom than the more prevalent tall bearded iris flower. 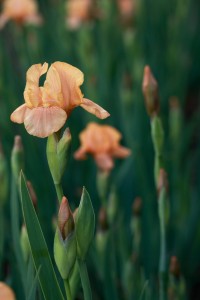 Love this one: ‘Apricot Drops’ 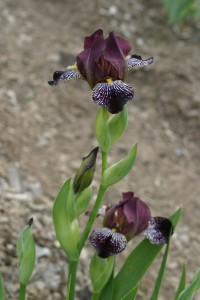 Garden writer Ken Druse wrote this of Kelly in an article for Organic Gardening Magazine:

“People tend to say yes to Norris due to his confidence, positive attitude, and infectious enthusiasm . . . he is a modern-day Andy Hardy, rallying friends and admirers to get excited about his latest enterprise . . . .” 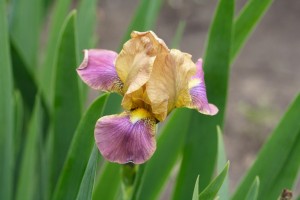 I couldn’t agree more. I hope you’ve been inspired to check out the beautiful options of Miniature tall bearded irises, including some gorgeous ones you can find at Rainbow Iris Farm, the Norris family’s mail order company.

Listeners like you have downloaded the Slow Flowers Podcast more than 22,000 times. If you like what you hear, please consider logging onto Itunes and posting a listener review.

My personal goal is to put more American grown flowers on the table, one vase at a time. I promise that when you tune in next week, you’ll hear another insightful and educational episode of the Slow Flowers Podcast.

The Slow Flowers Podcast is engineered and edited by Andrew Wheatley and Hannah Holtgeerts. Learn more about their work at hhcreates.net.

This entry was posted on Wednesday, October 8th, 2014 at 6:43 am and is filed under American Grown, Blog Posts, Book reviews, Creativity, floral design, Gardening, General, Landscape Design, Plants, Podcast Episodes, SLOW FLOWERS Podcast, Writing. You can follow any responses to this entry through the RSS 2.0 feed. You can leave a response, or trackback from your own site.