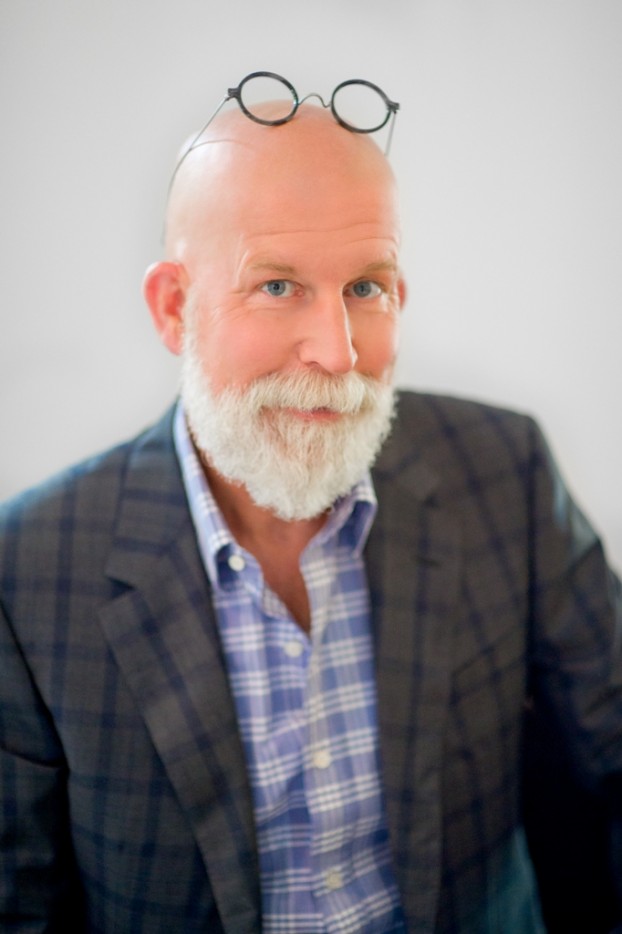 I was in New York City in late August for the fifth Field to Vase Dinner, held at The Brooklyn Grange.

DV Flora, a major floral wholesaler and an event sponsor, sent one of its top customers as a guest to Field to Vase.

I found out in advance that their guest was none other than David Beahm. I couldn’t resist. I reached out and invited myself to his studio, asking whether we could record an episode of the Slow Flowers Podcast. And, lucky for you, he said YES!

While I don’t really know David, we are somehow friends on Facebook, so I’m well aware of his creative endeavors.

I think we connected after I gave a presentation about the Slow Flowers Movement at the 2014 Chapel Designers Conference in NYC.

Holly Chapple, founder of Chapel Designers, has involved David in her conferences and during the year I was there, the 75-plus participants gathered at David’s giant production and prop warehouse in the Bronx where they created floral samples for The Knot Dream Wedding.

I watched David in action and was thoroughly impressed by the scale on which he works. Plus, he is just a gracious and kind human being. I watched that, too. 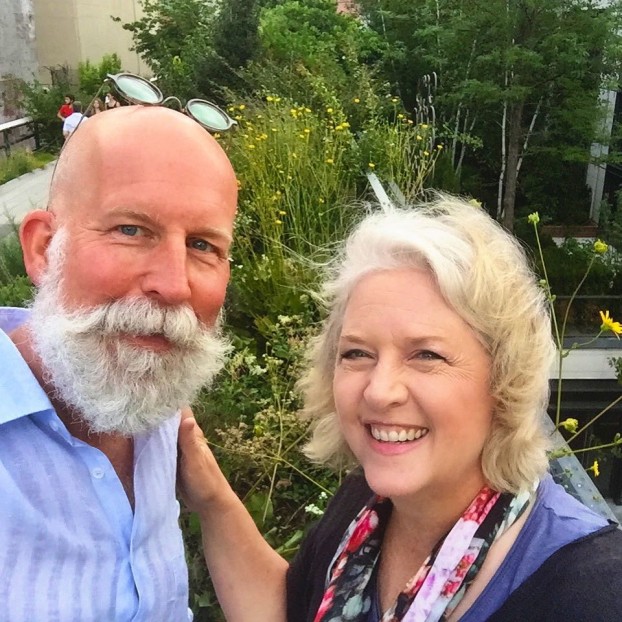 David took our selfie at the Highline after our podcast interview.

So two weeks ago, I took a combination of two subways and a bus and ended up at the headquarters for David Beam Experiences, quite close to the now-iconic Highline Public Garden.

What was once Manhattan’s gritty meatpacking district is now populated by high-rent galleries, fine restaurants, designer shops and creatives like Mr. Beam. It was a heady experience just to walk past the Dianne von Furstenburg shop and the Whitney Museum of American Art.

I arrived and rode the elevator to the 11th floor of what probably was once a warehouse but is now a sleek, uber-modern complex, entering David Beam’s atelier where I was warmly welcomed. We were seated in his light-filled office with eclectic furnishings and a comfortable sofa. That’s where we recorded this interview. 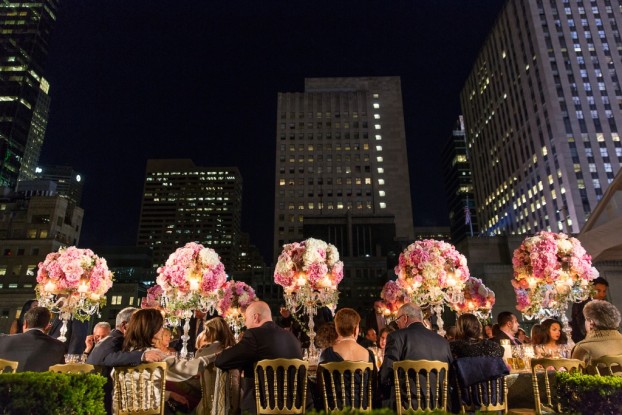 A dreamy David Beahm floral installation for a NYC rooftop 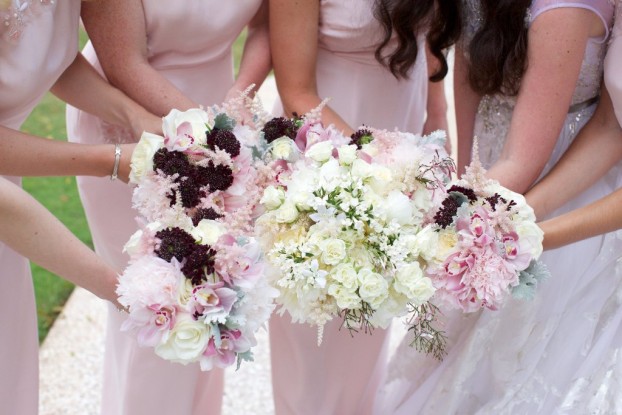 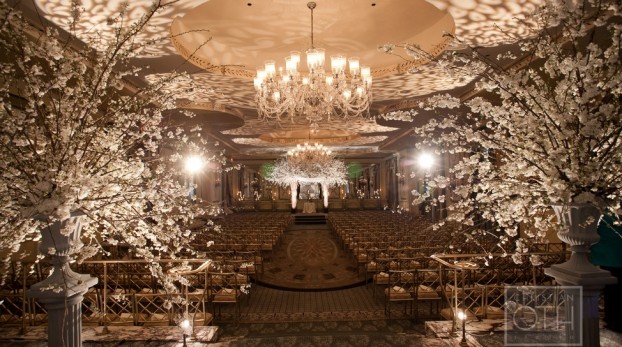 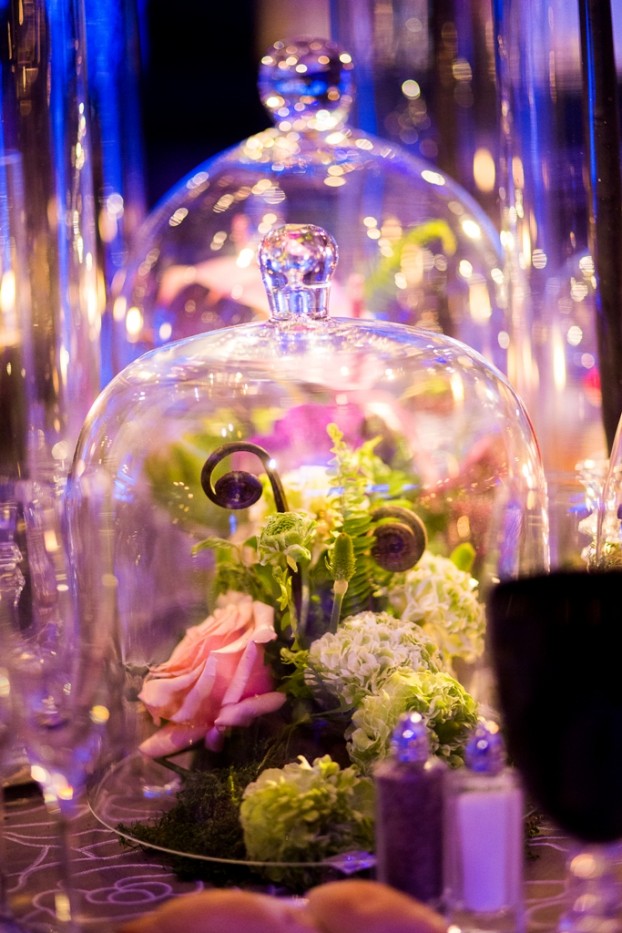 A smaller moment, inside a cloche 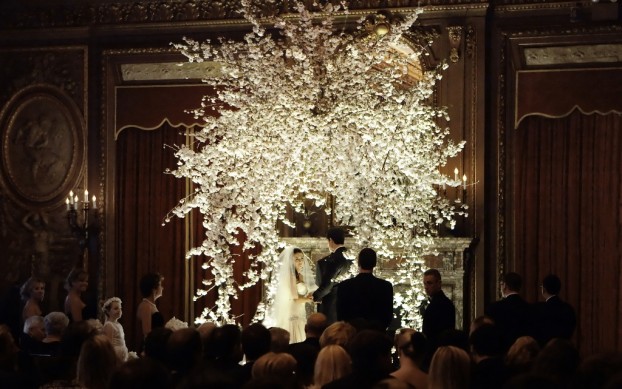 He has drawn from experience with New York’s top florists and special event designers, as well as formal training in theater, television and grand opera, to become one of New York’s top event designers.  A favorite of celebrities, socialites and the fashion world, his work on Catherine Zeta-Jones and Michael Douglas’s wedding was featured in magazines and news shows internationally and touted as the “The Wedding of the Century”.  Town & Country magazine has called him “one of New York’s extremely design savvy” talents. 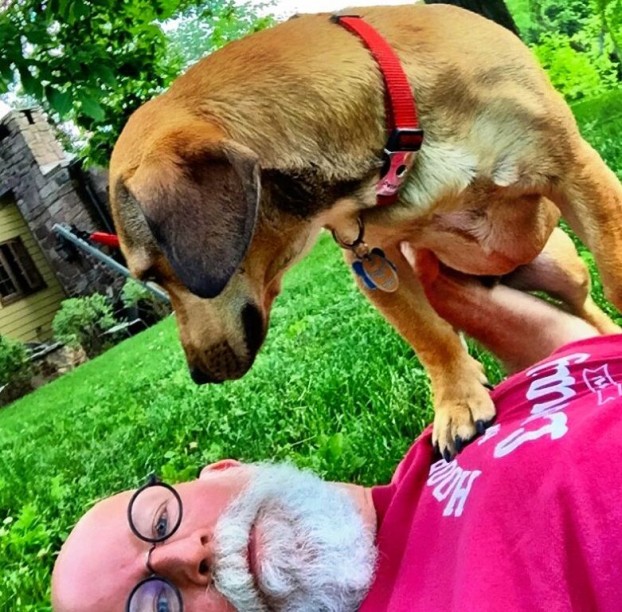 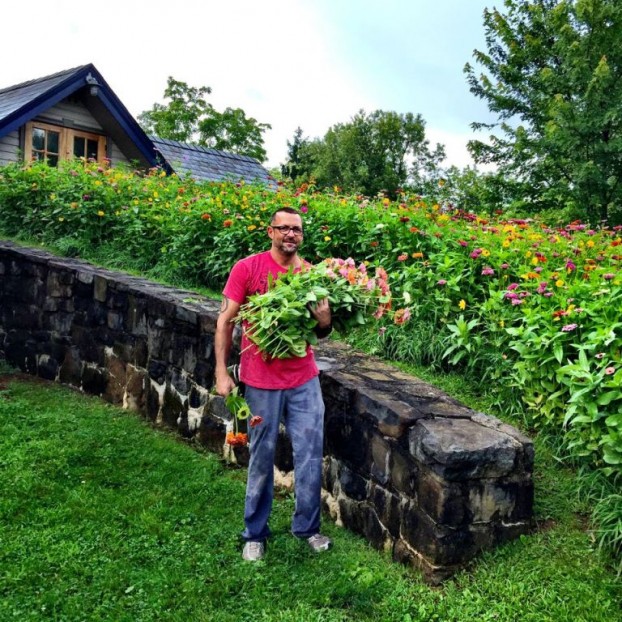 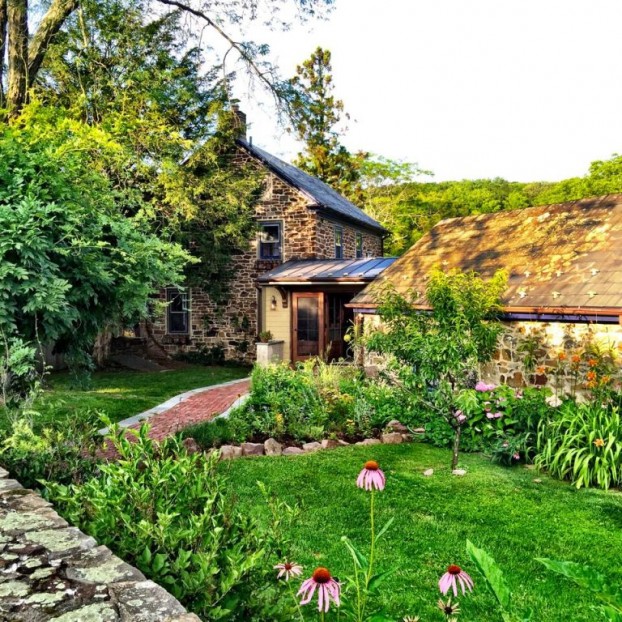 Thistle Dew Farm, the new outlet for David Beahm’s creative expression, as he gets his fingers in the dirt!

Beahm has a broad-based background in the arts; thus, he views event design as a combination of theater and art.  Emphasizing style, quality and originality, his creations combine cutting-edge ideas with timeless tradition.  He is an expert at incorporating a client’s personal style into their event to create a memorable and unique occasion. 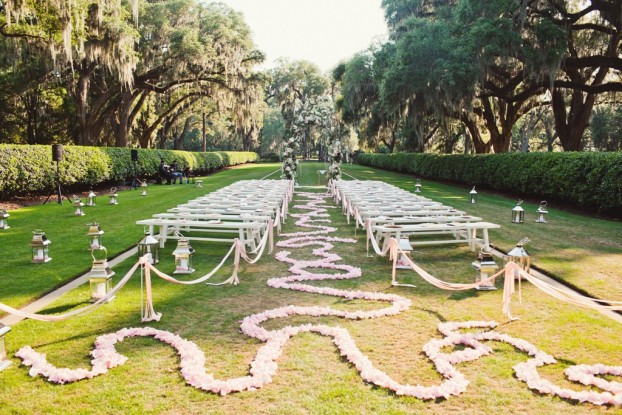 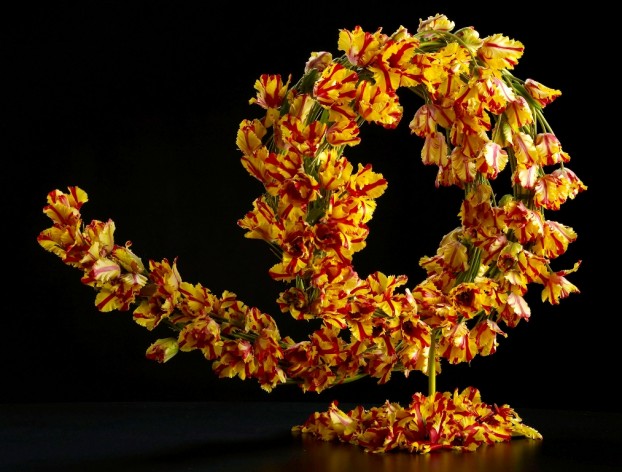 Artful tulips in a sculptural “swirl”

Catering to an elegant and diverse client base, David Beahm Design has staged some of the most talked about corporate and social events in New York and internationally.  New York Magazine has named David one of the top wedding designers in the city and Beahm was recently named to The Knot magazine’s ‘Best of…’.   BizBash.com named Beahm one of “New York’s Top Ten.”

At the request of the Target Corporation, David had the privilege of creating a designer table for Elle Décor’s ‘Dining by Design’ which toured the country on exhibition for three years.  In December, he completed an eight city tour for Van Cleef and Arpels and Neiman Marcus: ‘Une journée à Paris.’ 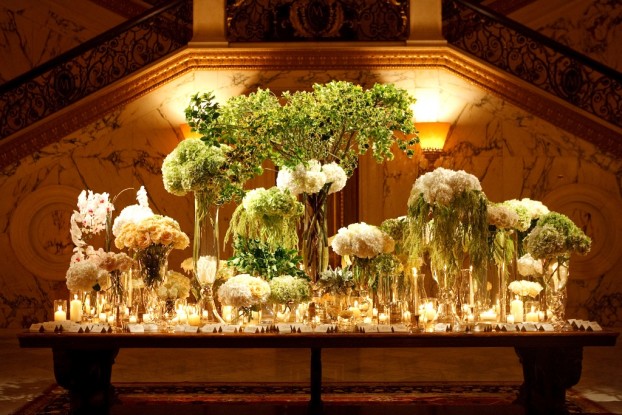 By the way, I found an online article called “Is dirt the new prozac,” about a 2007 study, which is possibly the one to which David referred in our conversation. Check it out.

Listeners have downloaded the Slow Flowers Podcast more than 62,000 times. Until next week, you’re invited to join me in putting more American grown flowers on the table, one vase at a time. And If you like what you hear, please consider logging onto Itunes and posting a listener review. THANK YOU to each and every one of you for downloading, listening, commenting and sharing. It means so much.

This entry was posted on Tuesday, September 1st, 2015 at 5:34 am and is filed under American Grown, Blog Posts, Creativity, Entertainment, floral design, Flower Farming, General, Podcast Episodes, SLOW FLOWERS Podcast. You can follow any responses to this entry through the RSS 2.0 feed. You can leave a response, or trackback from your own site.