Yes, I have her signature in my used copy of “Flowers in House and Garden,” published in 1937. Signed in pencil, the inscription is dated February 1939. 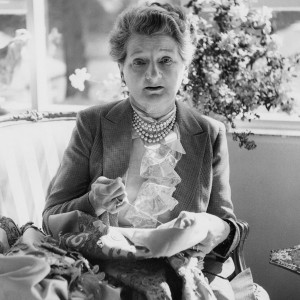 If you haven’t heard about her, check out the newish biography called The Surprising Life of Constance Spry, by Sue Shephard (2011). Mrs. Spry was at her peak of popularity between the two World Wars, and I loved reading about her magnificent cutting garden that supplied her London studio and shop called Flower Decoration in the ’30s, ’40s and ’50s.

Speaking of Flower Decoration, that is the name of a volume that Mrs. Spry wrote in 1933. Re-issued in 1993, you can find it online used, filled with her strong opinions, witticisms, and black-and-white photographs of floral arrangements. These are a little dated, of course, but what stands out to me is the eclectic lineup of ingredients, which includes many flowers, foliage and edibles that today’s hip floral designers think they’ve popularized.

Guess what? Mrs. Spry did it first!

The rest of us have just discovered the ingredients with which she created lush, naturalistic, unfussy bouquets. Cherry tomatoes, grape clusters, gourds, fig leaves, sea-kale, agapanthus seed heads, amaranth, rhubarb and artichokes are wonderful floral elements showing up in couture bouquets and magazine spreads. But Constance Spry used them first – and that’s quite fun to RE-discover. 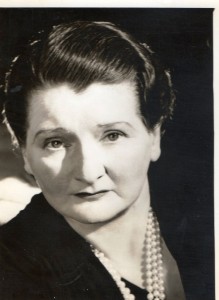 Dated Feb. 14, 1938, this is a press photo of Mrs. Constnace Spry of London: “Noted Flower Decorator,” according to The Baltimore Sun. I purchased the B/W photo for $17 and it came with a Certificate of Authenticity.

In the 1992 foreword to the reissued Flower Decoration, editor Michele Tucker quotes an article published in the New York Herald (Jan. 26, 2938) when Mrs. Spry came to America to give a series of lectures at the invitation of the Women’s Auxiliary of the Brooklyn Botanic Garden. The article’s headline reads as quite scandalous:

Constance herself was quoted as saying:

” . . . provided the plant is beautiful, I cannot see why I should not use it for decoration just because it has the added advantage that it can also be eaten.”

On the topic of VASES, Mrs. Spry had this to say:

“I rarely, if ever, set out to buy a vase; that is to say, an ordinarily recognized flower-vase, certainly never for my own use. But the antique-shops, the sale-rooms, and the junk-shops are constant sources of temptation to which I frequently yield, and my stock of vases is probably out of proportion to the other household equipment. This does not mean that I have spent large sums of money on vases, indeed the reverse is the case. Of course, if one finds a really fine vase of classic shape and proportions in an antique-shop, one may pay a considerable sum for it; and if it is possible to acquire it by dint of forgoing some other luxury (or I would even say necessity) one rarely regrets the effort.”

This advice certainly resonates with me. Having spent the better part of the past 52 weeks focused on designing and arranging flowers in complementary vases, I, too, yearned for out-of-the-ordinary vessels for my flowers. I think I was pretty successful, as I acquired, inherited and borrowed all sorts of uncommon and out-of-the-ordinary vases as the year unfolded and as I produced my soon-to-be-published new book, Slow Flowers. 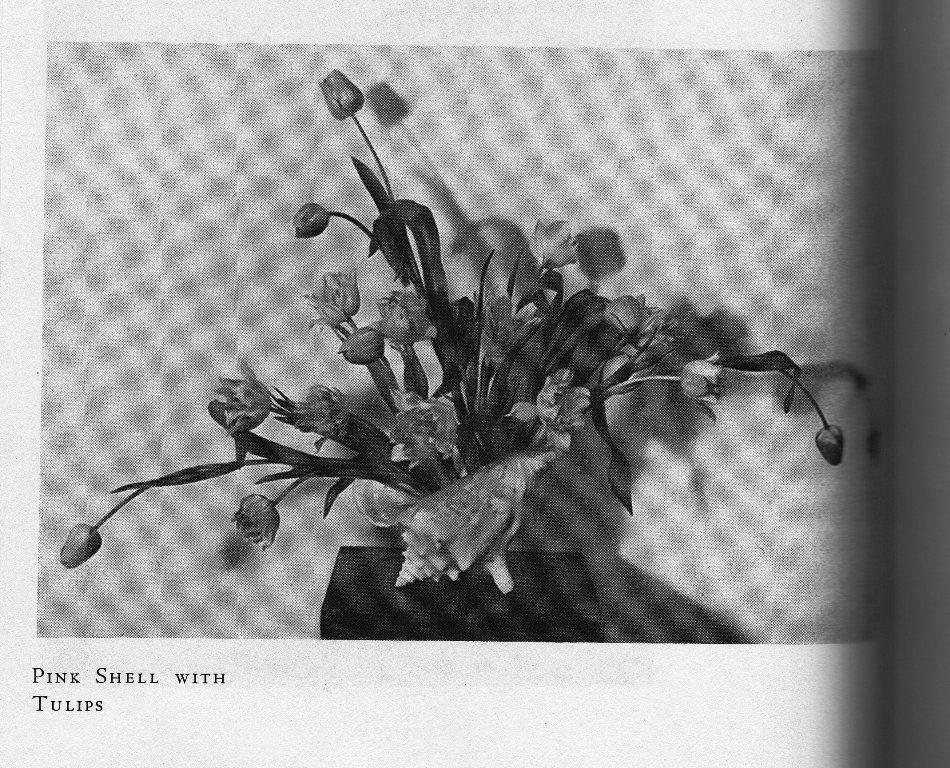 A 1933 design by Constance Spry, published in her first book, “Flower Decoration”

For weeks, all through the holidays, I have been eyeing a huge pink seashell that was once my grandmother Helen Winslow Ford’s. She must have acquired it in the late 1960s or early 1970s when she and Grandad wintered at Lake Okeechobee, Florida, driving their trailer there from Hammond, Indiana.

My mom has passed along boxes and jars of beautiful Atlantic Ocean shells that Grandma gave her. The largest, measuring 11 inches long is pearly pink in hue. It belongs on the vanity in the guest bathroom, along with many of its smaller companions hailing from the same Florida era.

The shell closely resembles one holding tulips that appears in the black-and-white photograph from Mrs. Spry’s 1933 book. Of shells, she wrote:

Large shells may sometimes be filled and placed informally about a dining-table. The flowers should accentuate the curve of the shell and fall from it in a graceful way, fanwise, and may touch the table.

Having picked up some locally grown tulips at the Alm Hill Gardens’ stall in the Pike Place Market a few days ago, today I set out to make my Spry-inspired version of “Pink Shell With Tulips” and here you can compare the two. 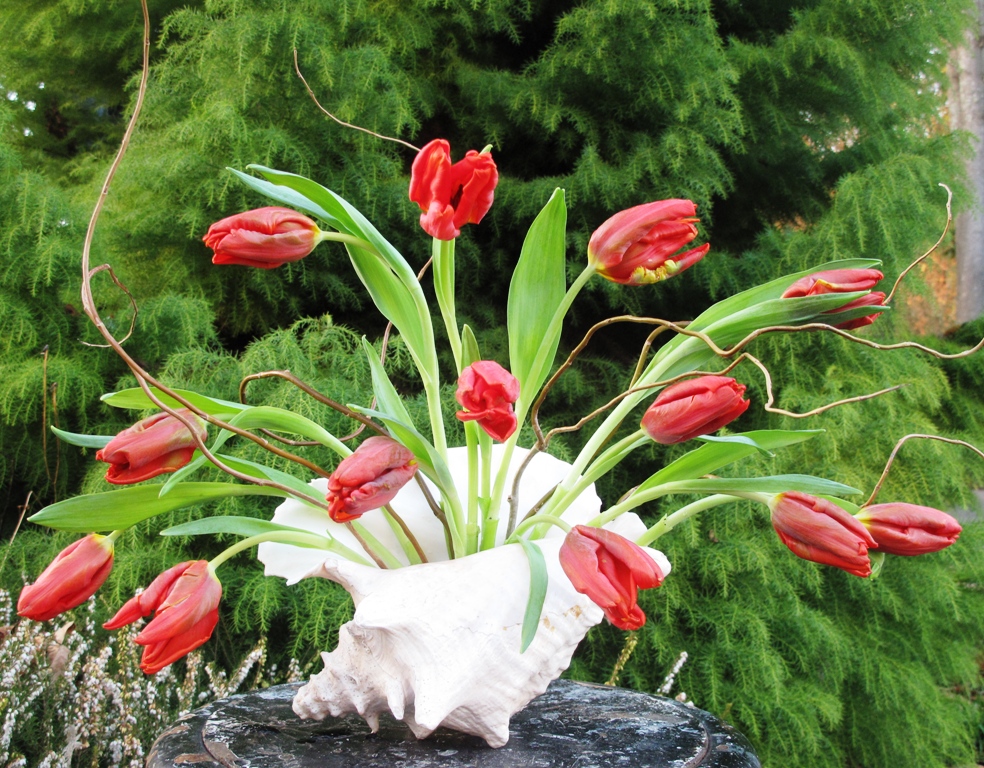 Months before she died in 1960, Mrs. Spry gave lectures in Australia, her last whirlwind tour. According to editor Michele Tucker, she told her audiences:

“Beware of stylizing. Accept no rules. Let the flowers remind you of how they look when growing. You are not human unless you have a way of expressing yourself.”

Excellent words to live by (and design by)!

This entry was posted on Wednesday, February 13th, 2013 at 10:04 pm and is filed under Book reviews, Creativity, floral design, Gardening, General, interior design, Landscape Design, Plants, Writing. You can follow any responses to this entry through the RSS 2.0 feed. You can leave a response, or trackback from your own site.

One Response to “Thank you, Constance Spry”