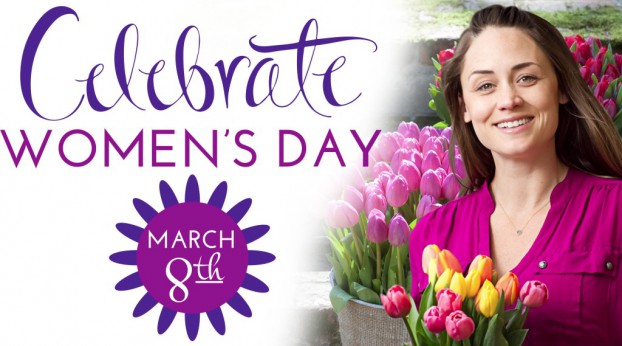 There’s a new holiday on the horizon and you may not have heard about it.

It’s called Women’s Day and it takes place every year on March 8th. 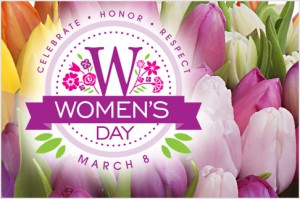 As it turns out, this holiday has been observed since in the early 1900’s where it started in New York City.

Over the years, according to today’s guest, while the popularity of Women’s Day waned in the U.S., it flourished in Europe, especially in Eastern European nations. The traditional practice of giving flowers to celebrate all the women in one’s life has been widely adopted – yet not here in the U.S.

Now that’s changing. Lane DeVries of The Sun Valley Group, a cut flower farm based in Arcata, California, learned about Women’s Day from one of his staff members several years ago. He began researching it and discovered the U.S. roots of the holiday, as well as the universal appeal of flower-giving as a way to recognize, honor and show affection for mothers, sisters, daughters, friends and neighbors — any woman in our lives who we want to celebrate. 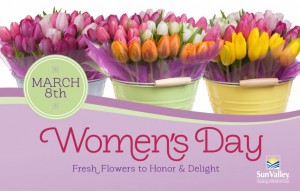 Why March 8th? That’s not certain, but perhaps it’s no coincidence that March is Women’s History Month. How fitting.

And as Lane tells us, March 8th is a perfect date to promote American grown flowers – because there is an abundant supply of them. Falling several weeks after Valentine’s Day and two months before Mother’s Day, in many parts of the country, there are flowers to harvest and deliver. I know here in Seattle, we are swimming in gorgeous spring bulb flowers.

So consider Women’s Day a bonus holiday that you might want to participate in – and scroll down to find links to resources that you can use to make the most of Women’s Day, in large and small ways.

Let me tell you a little more about Lane’s genius move to bring Women’s Day back into our floral consciousness: 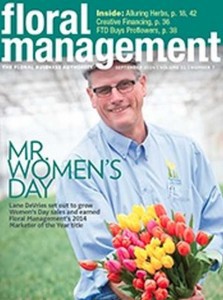 A past chairman of the California Cut Flower Commission (CCFC), Lane and others in the U.S. floral industry began in 2010 to promote flower-giving and raise awareness around Women’s Day.

By 2014, the Society of American Florists honored Sun Valley with the “Floral Management Marketer of the Year” for its efforts to raise awareness and industry involvement in Women’s Day. The award has inspired the entire U.S. floral industry to support the holiday.

I always learn volumes when I have a chance to talk with Lane. He is an optimistic guy, not one to whine about the competition that America’s flower farms face. Rather, Lane looks for possibilities. And he LOVES growing flowers.

Check out Lane’s acceptance of the SAF Floral Management Marketer of the Year Award:

I love this point, which Lane points out in his acceptance speech: Half of the population is eligible to receive flowers on Women’s Day. The floral giving potential is far greater than Mother’s Day. 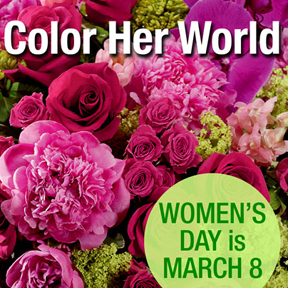 SAF has prepared a wide array of promotional material for its members’ use this Women’s Day.

It also will boost social media effort to reach new consumers, an effort supported by funds contributed to the SAF Fund for Nationwide Public Relations by Sun Valley Floral Group.

And here’s a link to the Women’s Day promotional resources available from Sun Valley. 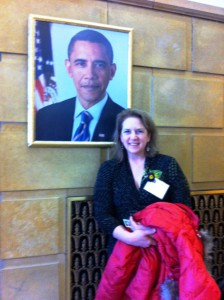 While you’ve been listening to today’s podcast, released on February 25th, I’ve been spending time in Washington, D.C., participating in the annual flower farmer “fly-in” to meet and share the American-Grown story with members of Congress and their staffs.

You may recall that I participated in this event one year ago and was invited to speak about Slow Flowers at the press conference announcing the Congressional Cut Flower Caucus. The exciting news is the caucus, under the leadership of Representatives Lois Capps and Duncan Hunter, has attracted new members from additional states where flowers are grown — and I’ll be sure to share an update with you next week.

Thank you for downloading and listening to the Slow Flowers Podcast! I’m encouraged to know more people are learning about the farmers and florists who keeping American-grown flowers flourishing. Listeners like you have downloaded this podcast more than 35,000 times. If you like what you hear, please consider logging onto Itunes and posting a listener review.

This entry was posted on Tuesday, February 24th, 2015 at 10:12 pm and is filed under American Grown, Blog Posts, floral design, Flower Farming, General, Podcast Episodes, SLOW FLOWERS Podcast, Slowflowers.com the Directory of American Flowers. You can follow any responses to this entry through the RSS 2.0 feed. You can leave a response, or trackback from your own site.