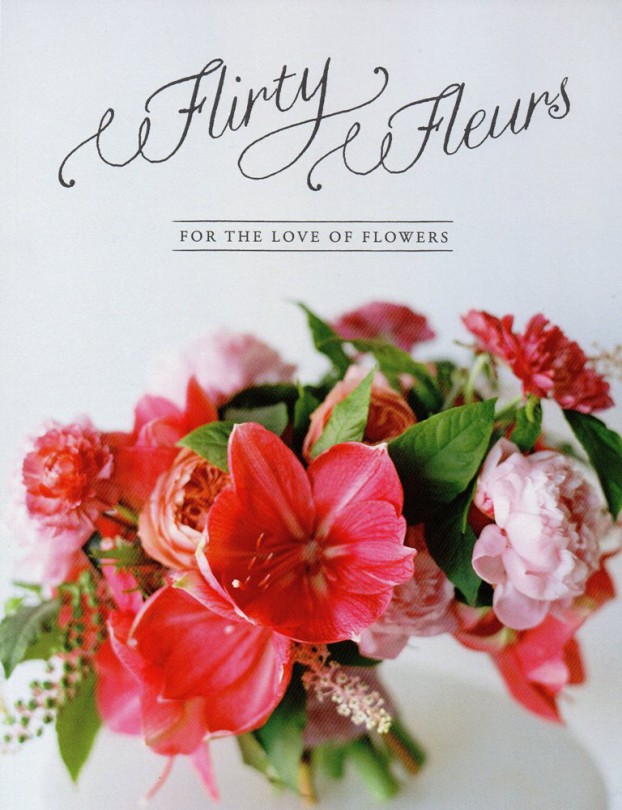 Feast your eyes on “Flirty Fleurs,” a new magazine celebrating the love of flowers. 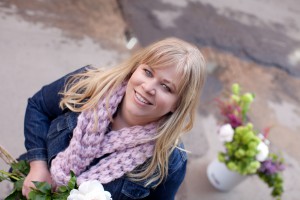 My friend Alicia Schwede of the Flirty Fleurs blog recently set for herself a huge new creative challenge: To design and produce her own floral magazine. The result is simply beautiful and last night, I finally got my hands on the brand new issue of Flirty Fleurs: For the Love of Flowers, Edition One.

Alicia asked me to pen a story for her inaugural issue and she gave me the assignment of interviewing two of her favorite design studios: Botanique, owned by Kelly Sullivan of Seattle and Verbena: Flowers & Trimmings, owned by Karin Plarisan and Karly Sahr of Roseville, California.

Of course, since all three are involved in the Slow Flowers Movement and members of Slowflowers.com, it was an easy “yes” on my part.

I’m sharing a little preview of my involvement in the Flirty Fleurs magazine here. Click to order a digital or printed copy so you can read every word.

For $19.95, the printed copy is worth every penny. You’ll love the luscious look, the pearly-matte paper stock, the elegant graphic design and pages bursting with flowers. Alicia and her team pulled off something that many people dream of doing, but few can ever take from idea to reality.

The story I wrote: “Meet the Farmer-Florist,” begins this way: 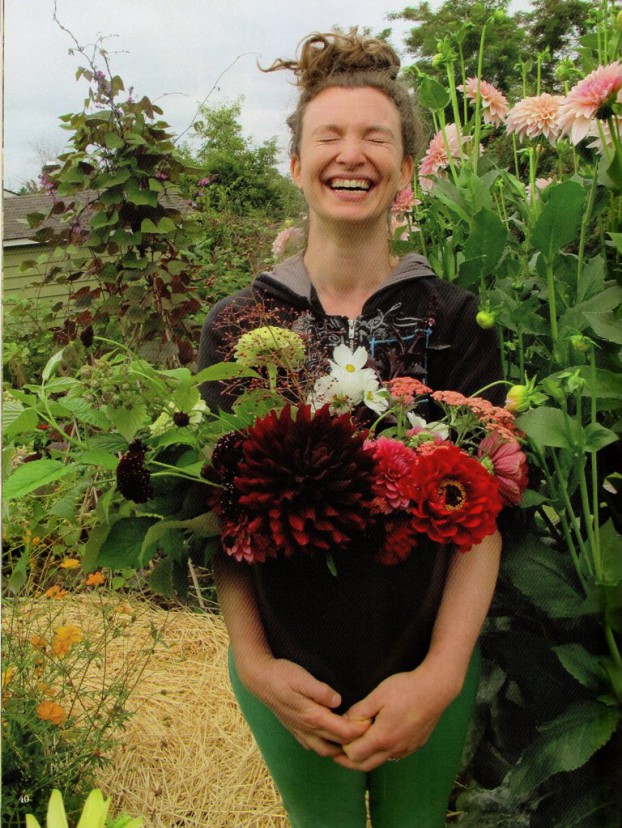 Kelly Sullivan of Botanique, photographed in her Seattle cutting garden. 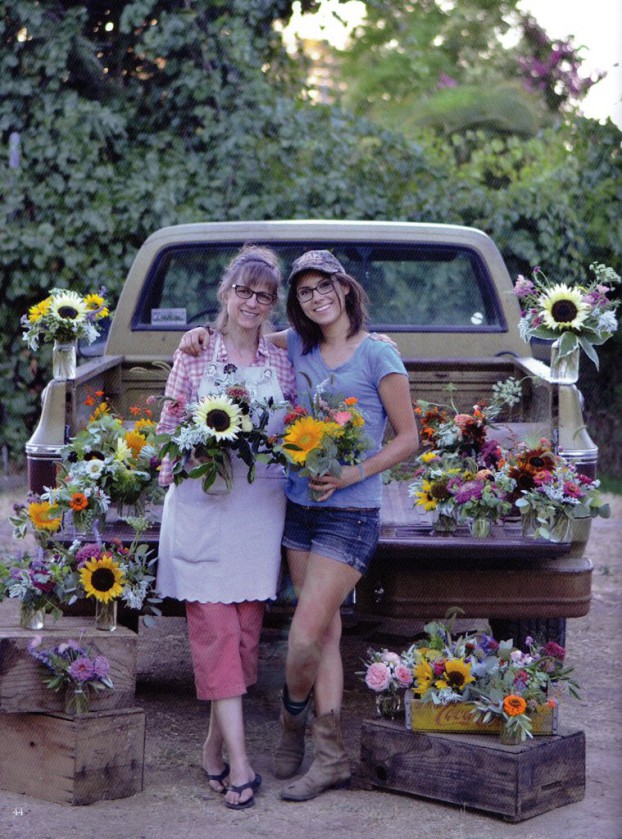 Karin and Karly of Verbena, photographed at their Roseville, California flower farm.

Marrying science and art, a new crop of floral designers are growing their own botanical ingredients

I first wrote about a “farmer-florist” in 2012, with the publication of The 50 Mile Bouquet (St. Lynn’s Press). In a chapter titled “The Accidental Flower Farmer,” which profiled San Francisco floral designer Baylor Chapman, owner of Lila B. Design, I documented Baylor’s decision to start growing many of her own flowers, vines, ornamental shrubs, succulents and herbs, in order to diversify the palette with which she designed.

Even two years ago, I didn’t know that the “farmer-florist” category was going to be the phenomenon it has since become. In that chapter, I wrote: “Increasingly, there are designers who, by necessity, harvest floral ingredients from their own gardens. As well, there are growers who assume the role of floral designer, satisfying a bridal customer’s request for unique, straight-from-the-farm bouquets. That these two world are happily intersecting is due to curiosity, innovation and experimentation on the part of designer and grower alike.”

Today, more than two years later, all you have to do is search the hashtag #farmerflorist and dozens of self-references appear on Instagram, Facebook and Pinterest. Designers and flower farmers alike are describing themselves as farmer florists, including two of the most recognizable names in the industry, Erin Benzakein of floret and Jennie Love of Love ‘N Fresh Flowers. No longer considered something outside the accepted scope of what a flower farmer is supposed to do (grow flowers) or what a floral designer is supposed to do (create beautiful bouquets using flowers that someone else cultivated and harvested), there is a lovely blurring of the lines between those formerly  conventional roles.

But to give credit where it is due, an entire generation of specialty cut flower farmers has been designing bridal bouquets and farmers’ market bunches for a long time. Lynn Byczynski first wrote about the business opportunities for flower farmers to design and sell their bouquets back in 1997 when her book The Flower Farmer was first published (the second, updated edition came out in 2008). But long before then, British designer-to-the-royals Constance Spry (the first celebrity florist) cut blooms, branches and foliage from her family’s land to sell in her London flower shop as early as the 1930s.

Thanks to a newfound passion for local and seasonal floral ingredients, more floral designers are putting on their gardening gloves and cultivating small and large patches of earth for cutting gardens, rose borders, raised beds and hedgerows – anywhere a few extra flowers can be planted and cared for. So we asked three Farmer-Florists to share their motivations for doing just that.

Here’s hoping that Alicia will continue her project to plan her 2nd edition of Flirty Fleurs. And here’s to farmer-florists everywhere, for bringing beauty to our lives! 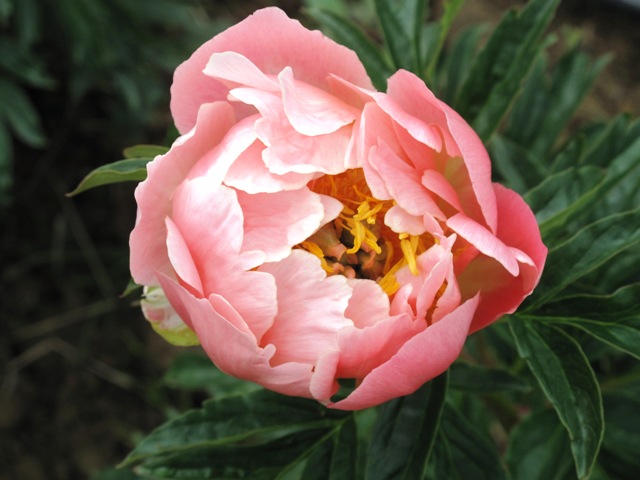 This entry was posted on Friday, December 12th, 2014 at 3:06 pm and is filed under American Grown, Blog Posts, Creativity, floral design, Gardening, General, Landscape Design, Slowflowers.com the Directory of American Flowers, Writing. You can follow any responses to this entry through the RSS 2.0 feed. You can leave a response, or trackback from your own site.

One Response to “Flirty Fleurs: Meet the Farmer-Florist”