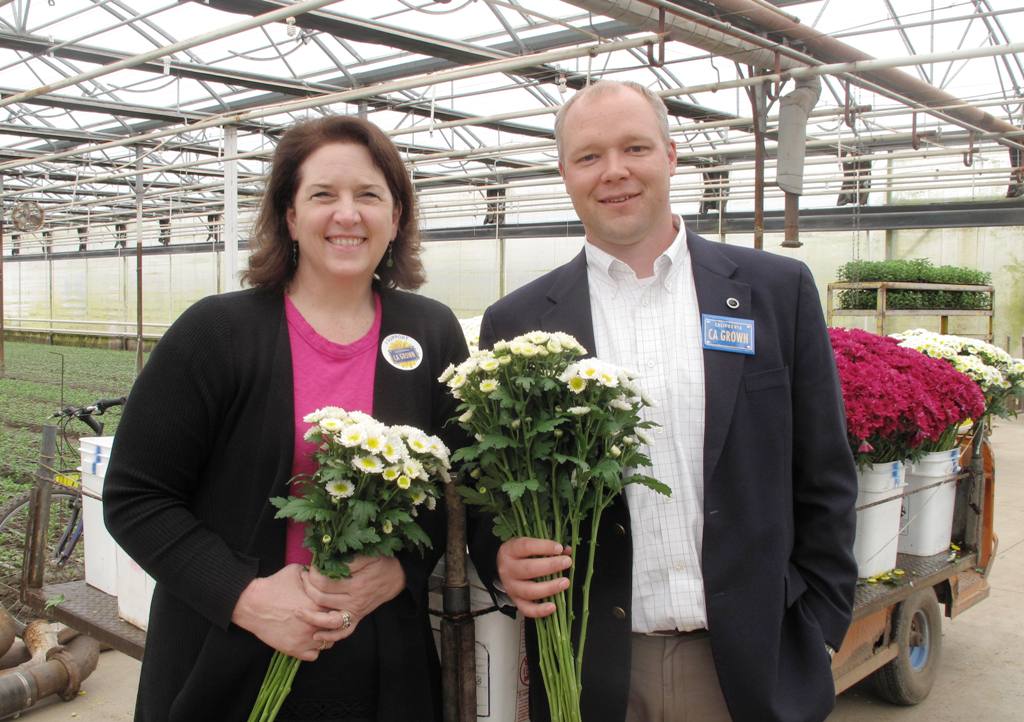 Kasey Cronquist and I toured a Carpinteria, California, greenhouse together in April 2013. 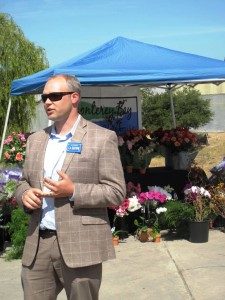 I’m so pleased to introduce you to Kasey Cronquist. I truly value Kasey’s leadership, counsel and friendship. He is the CEO and Ambassador of the California Cut Flower Commission, the largest organization of its kind promoting American Flowers.

And he is a kindred spirit who is supremely passionate about saving our homegrown flower farms and preserving the agricultural way of life as a part of our country’s vibrant landscape.

Kasey and I first met by phone in 2010 when I called him for a quote to include in an article for the Los Angeles Times. I was writing about organic flowers for Valentine’s Day and Kasey sure set me straight, changing the focus from organic (and possibly imported flowers) to a locally grown priority.  He pointed out: “We believe California flowers are the green alternative, whether we stick a label on them or not.”

It was the beginning of my own evolution as an American flower advocate.

Since joining the CCFC in 2007, Kasey has spearheaded an aggressive public affairs program targeting lawmakers at the state and federal level. He is a dynamic spokesman for flower farming both among his home state constituents and nationally and is a master at social media communications. Kasey understands the power of blogging, tweeting, posting and using visual social media platforms and he has brought flower farming into the modern era in that regard. More than all his talents, though, I’ve mostly been impressed with Kasey’s community-building gestures to bring together small and large flower growers across America with a united voice.

In March 2012, I wrote a post called “Meet the Ambassador of Local Flowers,” profiling Kasey for The 50 Mile Bouquet blog. You can read this extensive interview here in which Kasey shares many inspiring ideas about the American cut flower industry.

One quote of his particularly impressed me:

“We can’t move that ball, but we can create market demand for local flowers. We leaned into the CA Grown campaign and now California’s flower farmers are the single largest licensee of that agricultural program — out of all the other commodity crops in the state. The future is in educating people to buy local, to buy U.S.-grown flowers.”

This entry was posted on Wednesday, September 18th, 2013 at 6:44 am and is filed under American Grown, Blog Posts, Creativity, General, Podcast Episodes, SLOW FLOWERS Podcast. You can follow any responses to this entry through the RSS 2.0 feed. You can leave a response, or trackback from your own site.