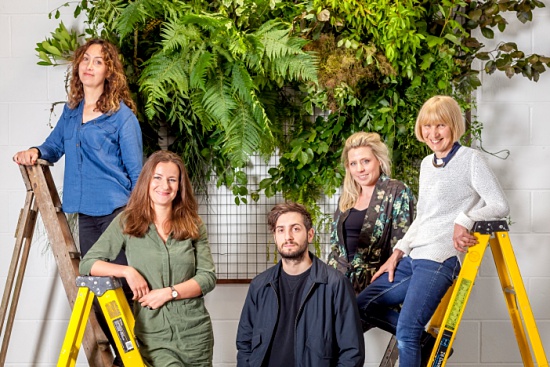 I’m thoroughly inspired by my friends at New Covent Garden Flower Market in London, the brains behind British Flowers Week, now in its fifth year!

In fact, I recently wrote this homage to Helen Evans and her colleagues for the American Flowers Week feature in the current June 2017 issue of Florists’ Review magazine.

Here’s a portion of my report:

In 2015, while in London for the Chelsea Flower Show, I met with Helen Evans, one of the geniuses behind New Covent Garden Market’s successful British Flowers Week (BFW) campaign (June 19-25, 2017).

The U.K.’s most important wholesale floral hub launched BFW in 2013 as a low-budget social media-driven “annual celebration of seasonal locally grown flowers and foliage that united the U.K. cut-flower industry, and sparked public and media interest in where our flowers come from.”

It has become a popular and successful campaign to promote British flowers and floral designers. By the time we had finished sipping from our steaming mugs of tea in the Market’s employee breakroom, I thought, “I should start an American Flowers Week.”

In late May of 2015, I returned to the U.S. inspired by the BFW model and equipped with Helen’s suggestions and resources, and introduced American Flowers Week (AFW) one month later.

Today marks the Day One of British Flowers Week and I’m so in love with the work of Mary Jane Vaughan, the first featured designer, and with her floral choices, including British-grown stock, sweet peas and other beautiful botanicals. 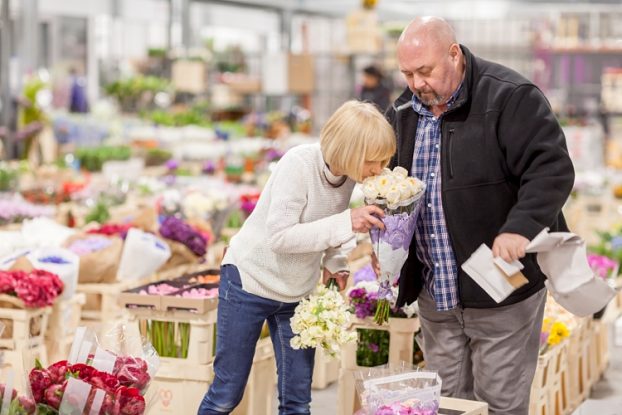 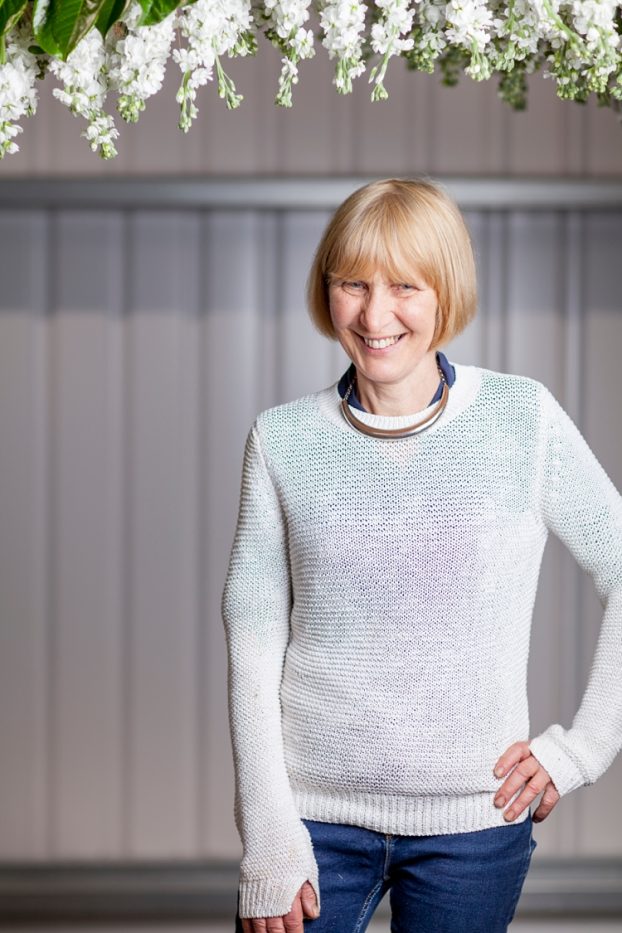 Please enjoy and follow along, as we’ll be sharing all five days to inspire you — AND to get you excited about your own plans for American Flowers Week, coming up with the June 28th-July 4th unveiling of more flowery goodness!

Known for the simplicity and understated elegance of her designs, Mary Jane Vaughan has gone from running a shop in Fulham, London to becoming an award-winning luxury weddings, events and contracts florist some thirty years later.

There are three entries to Mary Jane Vaughan’s designs for British Flowers Week: 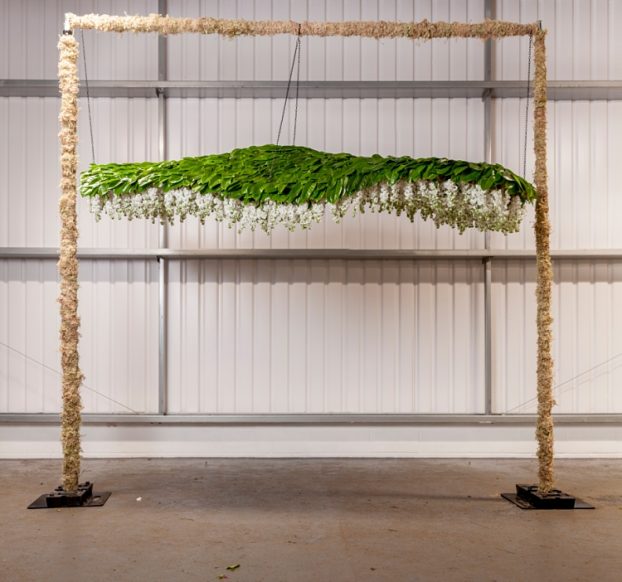 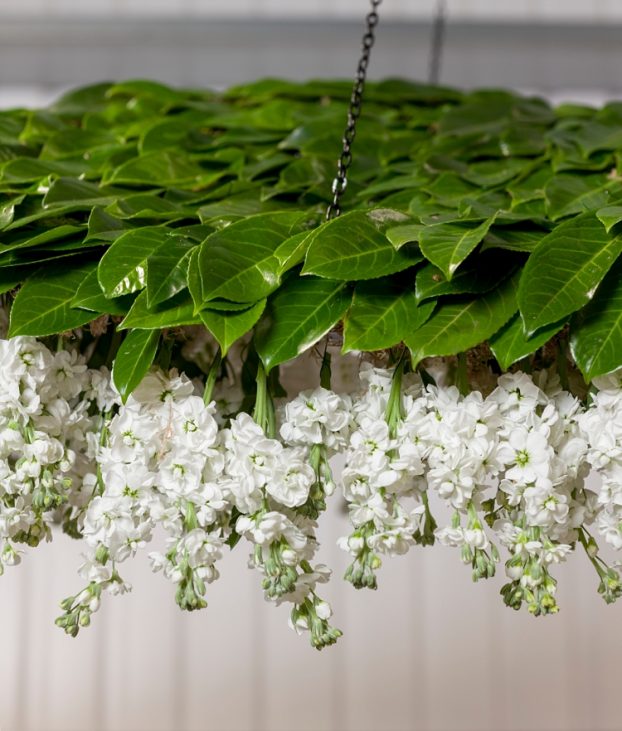 The Showstopper (above): A curved canopy of white stocks and laurel leaves. 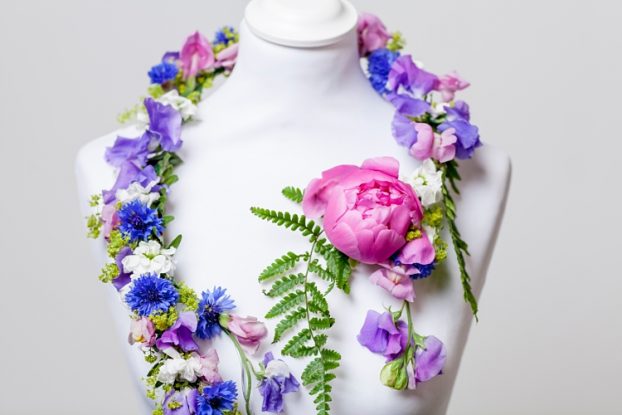 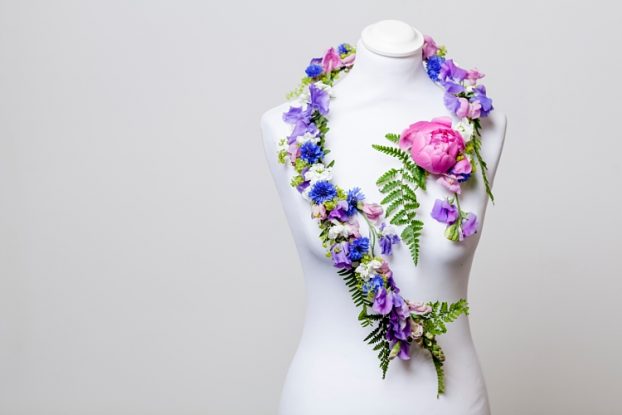 Technical (above): The inspiration for Mary Jane’s three exquisite British Flowers Week creations was found in the work of her favourite British architect, Dame Zaha Hadid OBE. Hadid’s bold, undulating designs combine geometry with femininity and nature, which is what Mary Jane also strives to do in her work.

Mary Jane says: “I’m a huge fan of Hadid. She designed the London Olympics Aquatic Centre. I managed to get tickets to see it and I was so excited to be under her roof. So, to be able to create something inspired by her work means a lot to me, because I think she was an amazing, incredible talent. All her shapes are so fluid, organic and asymmetrical. They’re very bold and very brave. There’s so much that I love about them.”

Hadid‘s designs were often inspired by the movement of water, and so we chose – for our technical design – to make a fluid-shaped, assymetrical necklace of lilac sweet peas, blue cornflowers, white stocks, pale pink atirrhinums, alchemilla mollie, ferns & a single peony. 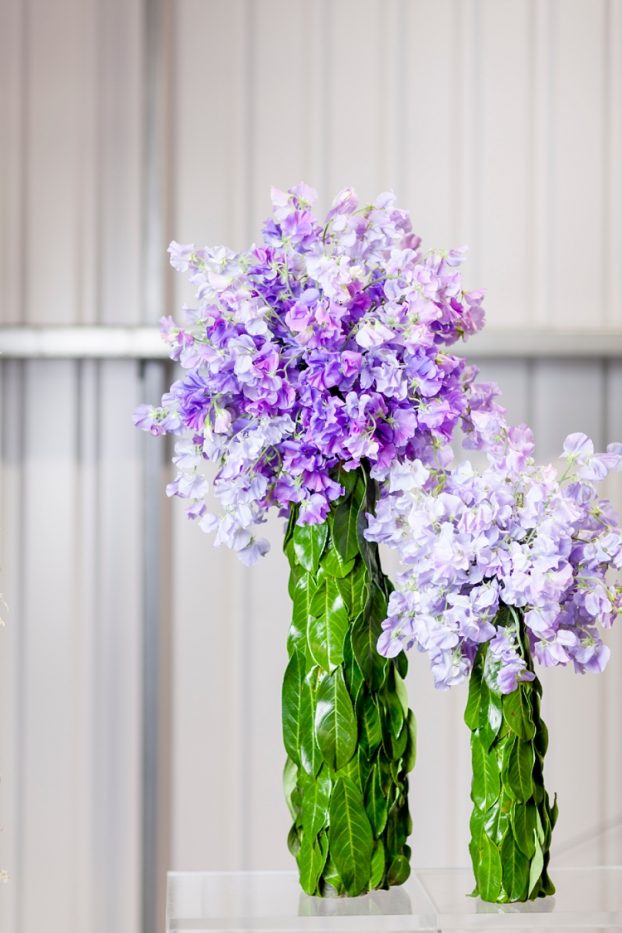 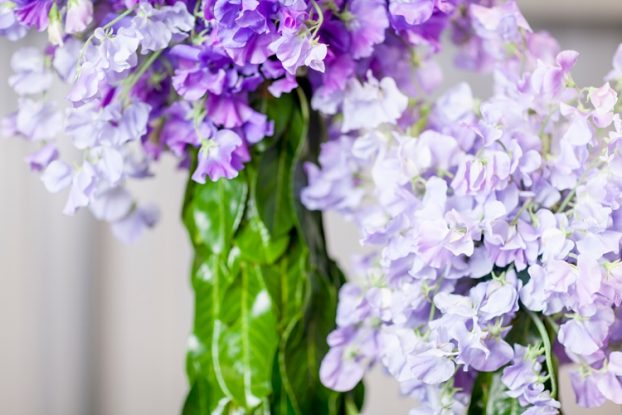 This entry was posted on Monday, June 19th, 2017 at 8:26 pm and is filed under Blog Posts, Creativity, floral design, Flower Farming, General. You can follow any responses to this entry through the RSS 2.0 feed. You can leave a response, or trackback from your own site.