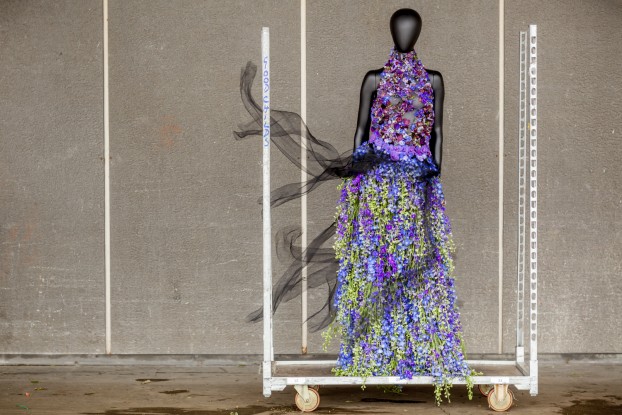 Enjoy this excerpt from an article that ran on June 12th in The Telegraph, by Liz Anderson:

So why do we need a British Flowers Week?

Well, British flower growers have been struggling in the face of global cut flower production. Three decades ago, when florists such as Paul Thomas, Paula Pryke and Shane Connolly were embarking on their careers, British flowers dominated the markets. Shane says of his first trip to London’s Covent Garden Flower Market with the Royal florist, Michael Goulding: “There were boxes of flowers everywhere. The first thing that hit me was the scent. It was mainly English and seasonal. Back then, Dutch flowers were rare – I think Michael called them exotics!”

In the years that followed, growers – first in Holland then in Kenya, Ecuador, Colombia and now Ethiopia – swamped the UK market with competitively priced, standardised, all-year-round cut flowers to such an extent that today British seasonal flowers have become the new “exotics”.

Slowly but surely the British cut flower industry has been mounting a comeback. The remaining large-scale growers have continued sending into the country’s wholesale markets and increasingly into supermarkets by the millions of stems. New smaller flower farms have started springing up around the country, growing and selling flowers at farmers markets, at the farm gate, to local florists and online.

Zita Elze and The British Larkspur 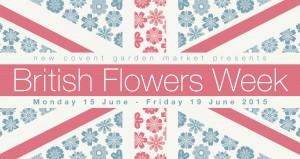 Welcome to Day One of British Flowers Week 2015, the third year of the industry-wide, nationwide campaign in support of British cut flowers, founded and organised by New Covent Garden Flower Market. 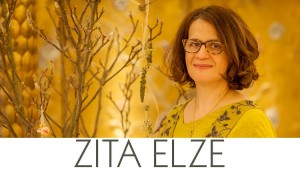 Brazilian-born Elze is an award-winning floral artist, teacher, design consultant and creator of the Living Embroidery design technique, whose detailed work has appeared in countless magazines across the world. Her exquisite flower shop and Design Academy in Kew are quite simply inspiring. 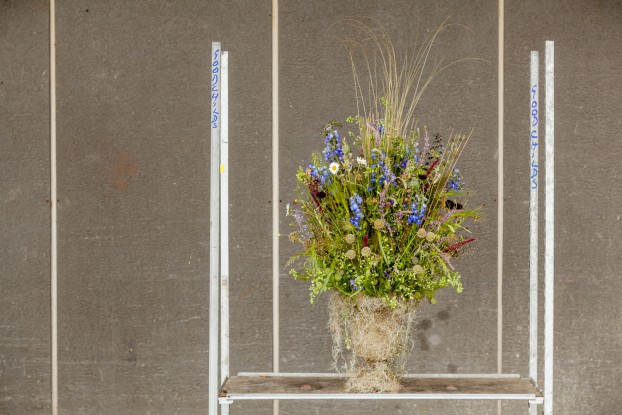 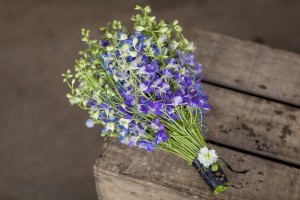 It brings together florists, growers, wholesalers and the public in a celebration of British cut flowers. The campaign now has a dedicated website www.britishflowersweek.com, which features a programme of flower farm open days, workshops, talks, demonstrations, pop-up stalls, window displays and limited edition British flower bouquets.

Located in Vauxhall, London, New Covent Garden Flower Market is the largest Flower Market in the U.K., with 26 wholesalers specializing in flowers, foliage, plants and floristry & event sundries from Britain and around the world.

Seventy-five percent of London’s florists choose to buy here, including the top names in the flower industry, and the market’s flowers dress the finest hotels, event venues, palaces, offices, restaurants and flower shops in the capital.

Help the cause! Please re-post this blog and/or the photos on Twitter, Facebook or other social sites and use the hash-tag #britishflowersweek and #originmatters. Twitter tags: @ZITA_ELZE and @MarketFlowers

This entry was posted on Monday, June 15th, 2015 at 3:14 am and is filed under Blog Posts, Creativity, floral design, General. You can follow any responses to this entry through the RSS 2.0 feed. You can leave a response, or trackback from your own site.