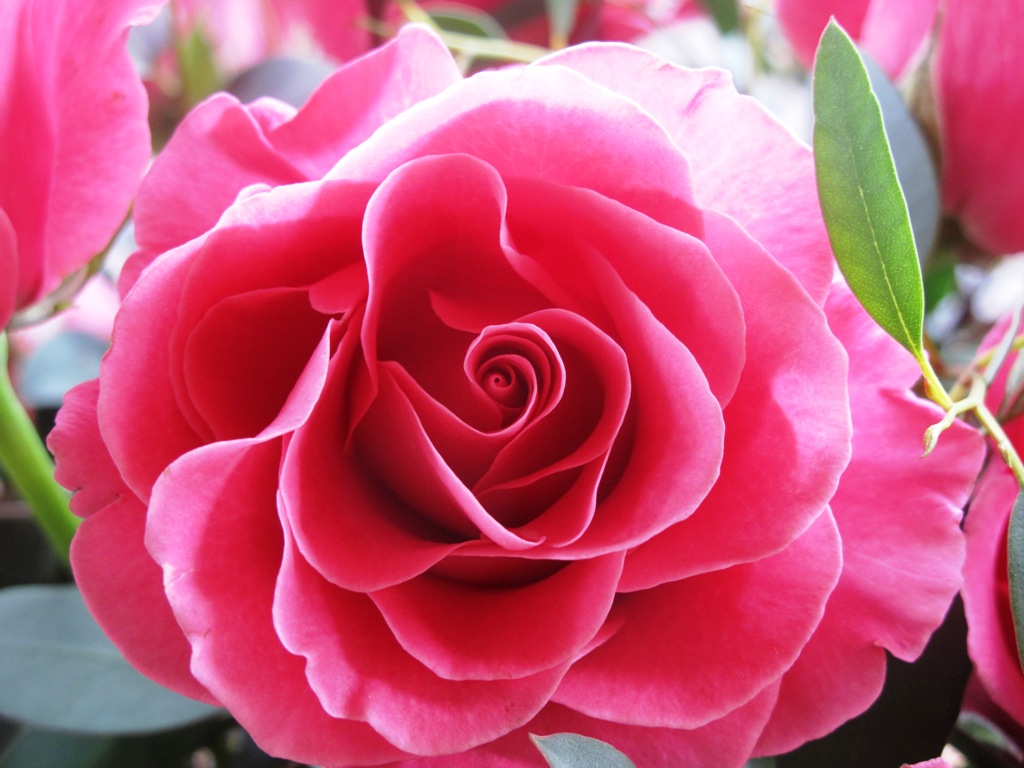 A beautiful American rose, grown in Oregon by the Peterkort family.

In the grand scheme of things, Whole Foods is supposed to be one of the “good guys,” right? From the point of view of the American flower farming community, I know that many of my farmer-friends sell beautiful, seasonal and local blooms from their fields to Whole Foods stores in their specific regions. This “local sourcing” is done on a region-by-region basis with kudos going to passionate store and floral department managers who develop strong ties to their local farmers.

But at the corporate level, and especially during Valentine’s Day, something else is going on altogether. And I’m not alone in being bothered by it.

Labeled “Whole Trade,” which is the proprietary corporate branding that Whole Foods puts on imported roses, these blooms are as far from local as you can find. They’re shockingly similar in appearance to the bunches of roses being marketed by all the wire services, 1-800 marketers and big boxes.

So the local, sustainable and seasonal banner that the Whole Foods brand is waving above its front doors has some serious flaws when it comes to the flowers they are selling.

Somehow, Whole Foods has decided to market its practice of importing South American roses as a kind of missionary endeavor. Personally, I find it so disingenuous. Last year, the company posted a pro-rose Valentine’s Day story on its blog, featuring a video of children at an afterschool program for the workers at a Colombian rose plantation. The post generated 100 responses, many from frustrated customers and American flower farmers who wondered why Whole Foods had skipped doing business with rose farms here and devoted 100% of their Valentine’s Day marketing budget to feature and promote imports from Colombia and Ecuador?

So does that makes it right Amanda?

Is it the $189 million you’re interested in or are you justifying importing your roses because everyone else is doing it?  Is that right, Whole Foods?

I was one of those 100 people who left a comment last year, urging Whole Foods to reconsider their strategy with the flowers they are buying.  I truly expected more from this market leader this year.  I can tell you if a company like Whole Foods made a commitment to nurturing relationships with American rose farms, things would change. Sure, Whole Foods might have to take a little less profit, but if Whole Trade is designed to give 1% back from every purchase, apparently they have some margin to work with.

More importantly, so many good, healthy and sustainable benefits would come from that endeavor.  In my opinion, there is no good reason more than 97% of the roses sold on Valentine’s Day should be flown in from Colombia and Ecuador.  I also don’t believe a company like Whole Foods should be party to it.

So, I ask that if you’re a Whole Foods customer, please join me in letting Whole Foods know that we want a “Whole American” campaign that supports and cultivates relationships with our American flower farmers.  With the millions they’ve spent developing the Whole Trade program, I don’t expect it to go away. But if Whole Foods can give 1% back to Colombia, they can also give 1% here at home.  If they can give more money to Ecuadorian producers, they can certainly give more money to our American flower farmers.  If they can work to ensure better wages and working conditions on Colombian plantations, then they can support flower farming communities’ schools and non-profits here at home. If Whole Food really cares about the environment, then they can limit their need to source flowers that have to be flown into the United States.

So, Please make a comment here on Whole Foods’ current blog post about their Whole Trade roses.  Let’s encourage them to do the right thing here and support “Whole American” flowers!

I see quite a profound parallel between the Whole Trade campaign and a brand new Whole American campaign for flowers. I don’t believe that America’s flower farmers expect imports to go away. But they do want a level playing field. They do want a chance to sell more of their irises, sunflowers, lilies and roses to the largest “green” branded supermarket in the U.S.

So to help them get started, here is a list I’ve compiled of the top domestic U.S. rose farms that I’m aware of. It’s simply not fair to say the American flower supply is limited. The supply is only limited by our vision to see the opportunity.  Whole Foods should launch a campaign that guarantees that they will source from American rose farms by next Valentine’s Day. That promise will give the flower farmers the ability to increase their production and invest in expanding their volume of beautiful, homegrown American roses.

“Whole American” is a beautiful concept that should be a reality. Wouldn’t be amazing if consumer demand could help Whole Foods do the right thing? Wouldn’t it be amazing to see Whole American roses offered when Valentine’s Day 2015 rolls around?

This entry was posted on Tuesday, February 11th, 2014 at 1:47 pm and is filed under American Grown, Blog Posts, Creativity, floral design, General, Slowflowers.com the Directory of American Flowers. You can follow any responses to this entry through the RSS 2.0 feed. You can leave a response, or trackback from your own site.