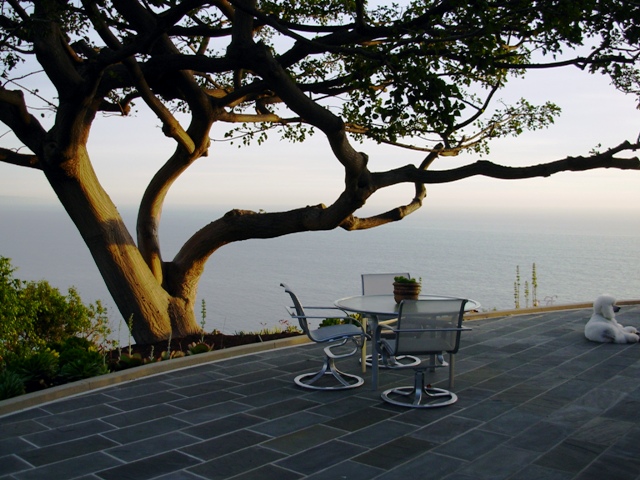 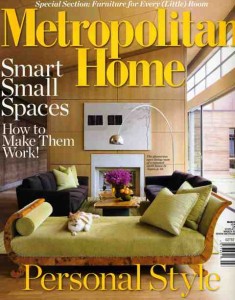 “Pacific Heights,” my story about a stunning garden in Malibu, California, owned by Oscar-winning director and screenwriter Frank Pierson and his wife Helene, appears in the March issue of Metropolitan Home magazine.

You can find the issue on the newsstands now, even though it’s still early February. I posted the full story on my website.

Designed by landscape architect Pamela Palmer of Venice-based ARTECHO, the garden employs curves, spirals and arcs, rendered in an ocean-blue palette. It is dreamy and contemplative and makes the most of the garden’s very best feature: its Endless Horizon.

Frank Pierson is a consummate storyteller. His writing credits include “Cat Ballou” with Jane Fonda and “Dog Day Afternoon” with Al Pacino (which earned him an Oscar). He directed Barbra Streisand in “A Star is Born” and is the former president of the Academy of Motion Picture Arts and Sciences.

He may have an office indoors, but some of Frank’s most inspiring narratives are conceived while sitting at the edge of his curved infinity lawn and gazing at the Pacific Ocean.

Frank and Helene’s modest, triangular slice of paradise is perched on a Malibu hillside. The couple purchased the Mid-Century modern house in 2004. Although the one-story residence measures 1,600-square-feet, floor-to-ceiling windows and glass doors make it feel larger. So does the uninterrupted, 150-degree view of the sea. 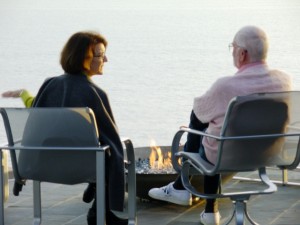 Yet the property had been neglected and the Piersons wanted to enhance their enjoyment of the vast expanse of ocean and sky.

They commissioned Pamela to design a bold, contemporary garden with spaces for both solitary and social pursuits. “The design was inspired by the site, especially the horizon, and the light,” she says. “Frank and Helene live in a world of stories. Their minds are very flexible and they visualized this garden very clearly.”

I arrived at the Piersons’ home and garden on a late afternoon in November. With designer Pamela Palmer, we toured the exquisite property and noticed all the special details and materials of the renovation. Frank and Helene showed me some of their favorite places and plants. (Above, Pamela and Frank in conversation – at the gas fire bowl).

I was so impressed to meet them and enjoy a momentary glimpse into their magical environment. To share a glass of wine with Frank, a legendary American screenwriter, and ask him about his career was a real privilege. The garden is pretty killer, too!

Here are some of my photographs from my November tour of the garden. Thanks to the Piersons and to Pamela Palmer for the time they devoted to telling the story of this garden. (And thanks to Lisa Higgins at MetHome for the assignment!) 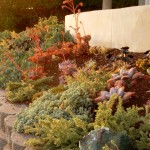 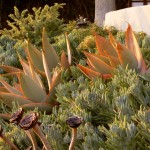 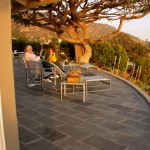 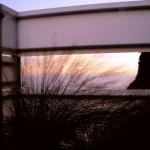 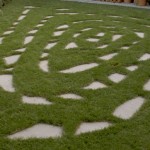 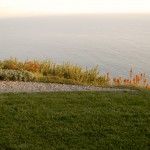 This entry was posted on Monday, February 9th, 2009 at 6:29 pm and is filed under Creativity, Landscape Design, Plants, Writing. You can follow any responses to this entry through the RSS 2.0 feed. You can leave a response, or trackback from your own site.

3 Responses to “My Malibu garden story for Metropolitan Home magazine”