In Praise of the Modern Shed 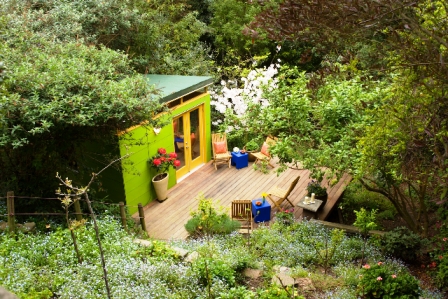 Irv and Shira Cramer created a backyard destination in an otherwise unused section of their hillside property. They bought and personalized a prefabricated shed-studio from Seattle-based Modern Shed.

[All photographs by William Wright]

There’s a huge media spotlight on prefabricated sheds these days, and much of it is shining on Ryan Grey Smith and Modern Shed of Seattle. While I would prefer to have a bit of those bright rays focus on Shed Style and our book, Stylish Sheds and Elegant Hideaways, I can’t help but be pleased to have media outlets participate in the conversation we began. As more stories rave about Modern Shed’s innovative and affordable design solutions for people in search of stylish space, I think everyone in the shed world will benefit. “The Shed,” an online magazine published by Alex Johnson in the UK, ran my story about Ryan earlier this year, called “Shedquarters.” 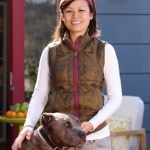 One of Ryan’s projects is featured in our book, a chapter called “Rec Room” that profiles a young Los Angeles artist and designer named Lin Su (seen at left, in front of her Modern Shed). But originally, a second Modern Shed structure was also slated for Stylish Sheds. It’s the sad reality that books have space limitations. Ours did, and in the end, that meant we had to cut seven chapters out of the final version of Stylish Sheds. It was P-A-I-N-F-U-L to say the least!

So many sheds, so few pages. Now it’s time to share one of those “lost” chapters. It includes the story and photographs of a bright green structure perched on a Berkeley hillside. Designed and built by Modern Shed, the haven is owned and used by a warm, artistic and fascinating couple named Irv and Shira Cramer.

Here’s their story, illustrated by a gallery of Bill Wright’s wonderful photographs:

A couple descends twenty-five steps to a garden far below their home to enjoy this separate and soulful place for music, books, and conversation.

Irv Cramer doesn’t take the gift of sanctuary lightly. While some might consider the 13-by-14 foot shed installed at the foot of their garden to be a modest, humble structure, to Irv and his wife Shira, it is an oasis, for both body and mind.

Irv is a retired executive who spent much of his career involved with nonprofit anti-hunger and anti-poverty programs, including 15 years as the founding executive director for Mazon: A Jewish Response to Hunger. While leading the Los Angeles-based relief organization, he traveled to some of the most desperate places on the planet and in the process helped provide food and medicine to needy populations.

“I’ve seen some terrible parts of the world, and I realize how blessed I am. I came to believe, strictly for one who sees such differences, that it’s important for each of us to find our own ‘garden,’ whatever it is.” 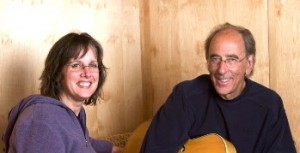 When Irv and Shira leave the lower level of their North Berkeley hillside home and walk down 25 steps, strolling through the garden, to a brightly-painted green shed, they experience a peaceful separation from everyday life. “Wherever you find comfort and fulfillment on a personal level – certainly emotional but also physical – you are in your own ‘garden,'” he explains.

Irv was newly-single with four adult children when he bought his circa 1910 home in late 2002. He had sold a spacious Berkeley home and subsequently abandoned a project to build a smaller residence nearby, after the permit process proved too difficult.

“I walked into this house with my daughter and we were immediately taken by its view,” Irv recalls. “It has probably one of the best urban views in the country – looking across the San Francisco Bay, with the Golden Gate Bridge, Marin County, and Alcatraz.” 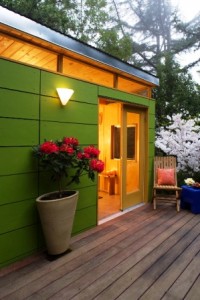 He bought the 2,300-square-foot house and spent several months renovating its 1950s-style kitchen, remodeling the bathrooms and adding modern lighting. The yard, which descends more than 20 feet below the street-level house, was like a jungle: “It was so overgrown we just disliked it.” When Irv spent time on the roomy deck enjoying views to the west, he averted his eyes from the “hillside mess” below him.

In 2005, serendipity rewrote the script for Irv’s solitary existence. He met Shira, a single mother of three who also worked in the nonprofit sector, at a Beverly Hills event honoring a social activist from Ethiopia. Neither had planned on attending the function, but both were invited at the last minute. Their brief conversation during the reception sparked a relationship that led to marriage in November 2006.

With a blended family of seven children, ages 16 to 45, Irv and Shira are together raising her two teenagers, Megan and Raphael, at their Berkeley home. “We decided this house accommodates us quite well, but we also thought it would be fine to have a bit more space and some separation,” between the generations, Shira says. “We weren’t going to add onto the house, so we decided to look for alternatives.”

They attended home and garden shows, paged through design magazines and looked online for ideas, typing in “additional living space” for their search terms. 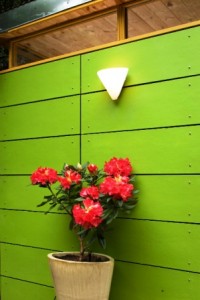 By this time, Irv had cleared and hauled away wild overgrowth from the hillside below his house. He discovered that a terraced garden of sorts existed there. A log staircase descended to a previously hidden patch of lawn, a niche next to a beautiful flowering cherry tree. They realized it was the perfect spot for a small building. “We could have put a yurt there, but we wanted something nice-looking and comfortable,” he says.

For a structure measuring fewer than 200-square-feet, the range of prefabricated options was staggering. “We saw things that cost within reason – under $10,000 –  and things that ran $60,000 to $80,000, which was way more than we needed or wanted,” Irv recalls.

Modern Shed, a Seattle-based company run by architect Ryan Grey Smith, produced attractive backyard buildings that appealed to Irv. On a trip to visit his son, Irv met Smith at his studio to see a finished shed.

Smith worked with Irv and Shira to make custom adjustments to his standard design, including changing the footprint, shifting placement of a window and adding French doors. The Cramers chose a stone tile floor and bright green for the exterior. Its doors and windows are trimmed in a cheery gold. “Green is not generally my color,” Irv observes, “but I think we made a good choice – it blends nicely with the trees and flowers.” 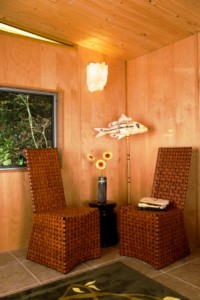 The shed was built in Seattle, then shipped to the Cramers in sections, on a flatbed truck. Irv hired two men to carry the components, piece-by-piece, down to the building site, plying them with refreshments and food. Once the sections were laid out, a handyman and his helper followed Modern Shed’s instructions to assemble the building.

At the shed’s entrance they installed a 14-by-16 foot deck, which visually anchors the shed to the hillside garden. Constructed from Ipe, a sustainable South American hardwood that holds up in moist, shady setting, the deck extends into the garden, where Irv has planted an urban orchard with apple, pear, peach, nectarine, apricot and plum trees. “The deck makes this area feel like a tree house environment,” he says. “It expands our living space substantially.”

Ironically, the teenagers don’t view the shed as a place to hang out, but Irv and Shira greatly enjoy their spontaneous – and separate – moments here, away from the main house. It has become the “adult hangout” where they can escape alone or share wine and cheese with friends. 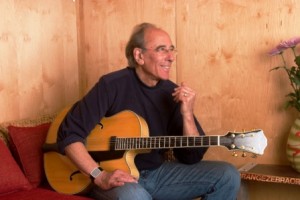 “We don’t usually plan it, but often, I’ll go down there in the middle of the afternoon and play jazz or classical music on my guitar, and Shira will read or do some writing,” Irv says, confiding that he removes his wristwatch before venturing to this cherished getaway. “When the weather is nice, I’ll open both doors and play my guitar, facing out toward the trees. It’s just a different feeling to go there and have no idea what time it is. . . like taking a deep breath.”

This entry was posted on Monday, September 15th, 2008 at 4:07 pm and is filed under Architecture, Creativity, Landscape Design, Spiritual Practices. You can follow any responses to this entry through the RSS 2.0 feed. You can leave a response, or trackback from your own site.

One Response to “In Praise of the Modern Shed”