Wow, I’m honored to report that Arthur Lee Jacobson, the tree guru himself, has paid a very high compliment to the late Stephanie Feeney and me for the Northwest Gardeners’ Resource Directory (9th ed.). This book is the “yellow pages” for gardeners in Oregon, Washington and British Columbia that Stephanie started in the 1990s and grew as a self-published reference through eight wonderful editions. We lost Stephanie in 2000, a premature death due to cancer at age 52. Before she died, Stephanie and her husband Larry Feeney sold NWGRD to Seattle-based Sasquatch Books. And thanks to some gentle nudging from Stephanie, Sasquatch editorial director Gary Luke asked me to revised and edit the ninth edition. This was my “first” chance at writing and editing a garden book, published in 2002. I am eternally grateful to my friend Stephanie for believing in me.

Arthur Lee’s periodic newsletters are always filled with useful information about his many writing and consulting projects, including his books, Trees of Seattle 2nd edition (2006) and Wild Plants of Greater Seattle (2001), two amazing references for anyone wishing to learn more about the Emerald City’s flora, native and exotic alike. His latest newsletter, out in late November 2007, included this wonderful entry:

“The top dozen from my library of some 325 PLANT book titles, that I would keep if forced to reduce from 30 feet of shelf space to about 2 feet 8 inches . . . assuming copies of books written by myself could be kept” —

Listed among venerable titles like Hortus Third, American Horticultural Society A-Z Encyclopedia of Garden Plants, Sunset Western Garden Book  and Hillier Manual of Trees and Shrubs, Arthur Lee has included our directory as a must-have book on his library shelf:

“Northwest Gardeners’ Resource Directory: All Northwest gardeners will find this helpful, though a new edition would be better.”

I agree! It would be ideal to update the reference book that Stephanie spent more than a decade developing and I spent the better part of a year working on, as I updated tens of thousands of entries. But lots has happened since 2002.

First of all, the Internet has made it easier to find nursery and plant sources, public gardens, horticultural organizations, garden tours, retail emporiums and more. Second, because of the Internet, it seems like a directory like ours would be ideally suited for an online database. So how will that happen? I’m open to ideas. For now, Sasquatch Books isn’t particularly inclined to publish an online directory, as it is still rooted in the world of printed books. My thought is to find someone (or a group of someones) interested in creating a new model – and find a way for that group to run the directory as a nonprofit or for-profit web site.

In the meantime, people wishing to send me updates about changes in the Northwest gardening world are invited to fill out a form on my web site. I try to post these changes, including the opening of new nurseries or other changes, on that section of www.debraprinzing.com. 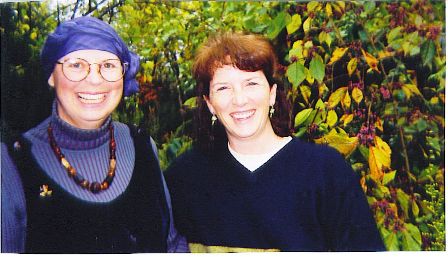 It puts a smile on my face (and I know Stephanie is smiling up there, too) to know that our friend Arthur Lee still uses his five-year-old version of the Northwest Gardener’s Resource Directory. If his copy is anything like the one on my desk, it is a bit dog-eared, with post-it notes sticking every which way from important pages, and my notations in the margins about special discoveries while traveling the Northwest’s horticultural highways.

Now that I am trying to learn and discover new sources for plants, gardens and tours, I sure could use a directory like ours in Southern California!

P.S. It isn’t fair to end this post without giving you the complete list of Arthur Lee’s “essential” books. His encyclopedic mind is unparalleled. This list will explain in part why I’m so tickled to see our little local directory included:

This entry was posted on Tuesday, January 1st, 2008 at 10:17 pm and is filed under Book reviews, Creativity, Gardening, Shed Glossary, Writing. You can follow any responses to this entry through the RSS 2.0 feed. You can leave a response, or trackback from your own site.

One Response to “Essential reading: a gardener’s library”