Sunday in the park with Debra 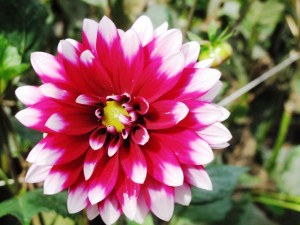 Last Sunday morning, while staying a few extra days in San Francisco after my Garden Conservancy talk, I took two Muni buses (47 & 5) to Golden Gate Park where all things artistic, botanical and cultural seem to reside.

My objective was to see the amazing living roof at the California Academy of Sciences, but once I realized I only had 90 minutes, my plans took a slight detour. Art and flowers beckoned. 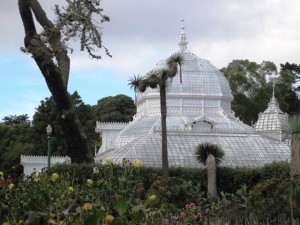 The Conservatory of Flowers, with Dahlia Dell in the foreground

First stop was the Conservatory of Flowers, circa 1879. It is one of the last remaining Victorian-era conservatories on the West coast (the other resides in Seattle’s Volunteer Park). Before I could even approach the conservatory, my attention was diverted by a late autumn display of dahlias.

Called “Dahlia Dell” and dating to 1924, two demonstration flower beds thrive here, located to the east of the conservatory. They are maintained by volunteers from the San Francisco Dahlia Society for the simple purpose of educating local gardeners and flower lovers about the diversity of dahlia color, form, size and culture. I have a feeling that Paula Jaffe, a dahlia expert and educator who I profiled in “Dazzling Dahlias,” a 2008 Perennials magazine article, is one of the passionate individuals responsible for this joy-inducing floral display.

It was fun to play around with the “tulip” Macro button on the back of my Canon G10 camera and take pics of the fading beauties. These dahlias have withstood the combination of late-season rain, fog and sunshine and they’re still producing pretty blooms. I can’t wait to grow dahlias again, especially because they play well with flower vases. Really well. Enjoy this diverse display. Most (but not all) of the plants were labeled, thankfully. 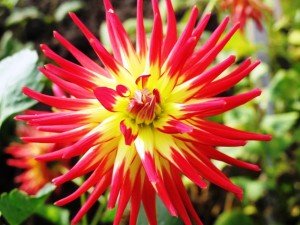 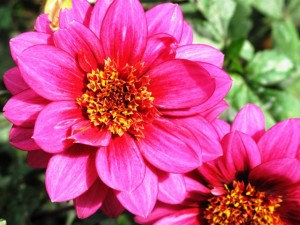 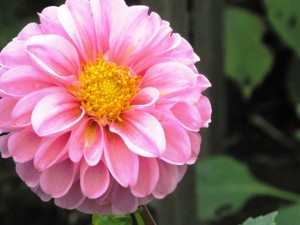 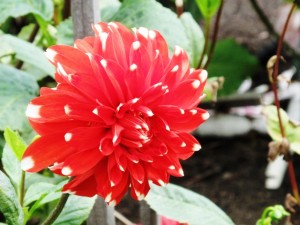 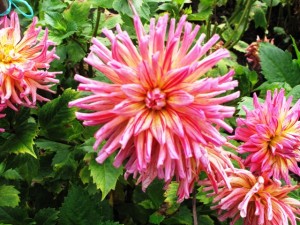 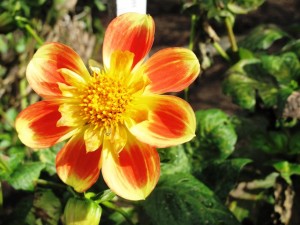 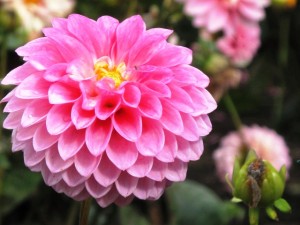 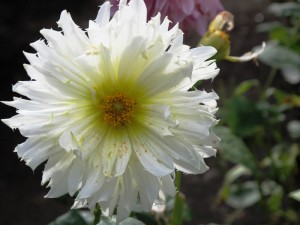 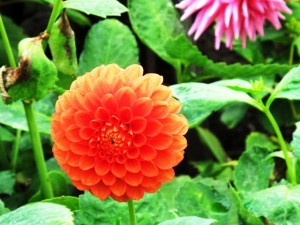 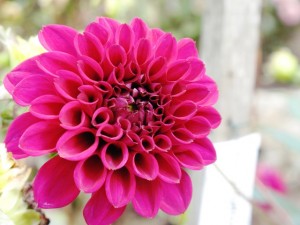 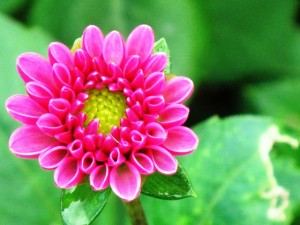 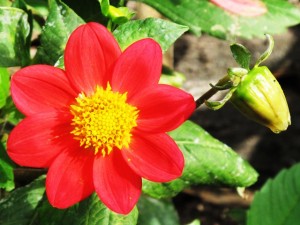 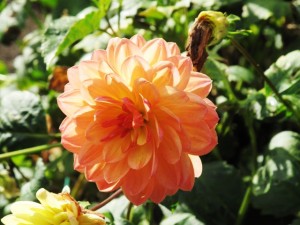 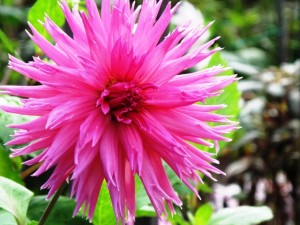 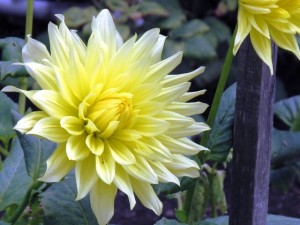 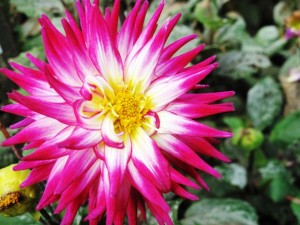 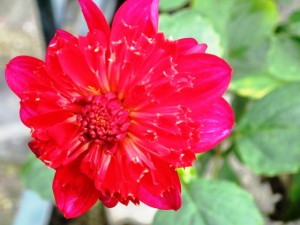 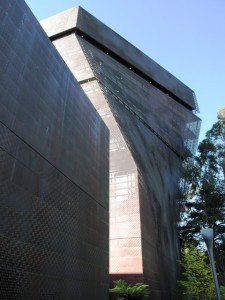 The de Young's tower - against a blue autumn sky.

After spending an hour with the dahlias, I moseyed over to the California Academy of Sciences, but discovered that – from ground level – it is nearly impossible to see, let alone get a sense of its scale and magnificence, Renzo Piano’s green living roof.

So I compromised and spent my museum admission budget to enterthe de Young art museum where “Van Gogh, Gauguin, Cezanne and Beyond: Post-Impressionist Masterpieces from the Musee d’Orsay” was in full swing. It was exciting to see the many amazing and exciting canvasses on display. I’ve been to the Musee d’Orsay twice before when in Paris and so I enjoyed revisiting some of the paintings and drawings again. Twelve galleries of paintings were incredible to take in. You can never have too much of this artwork. The show continues through January 18, 2011. 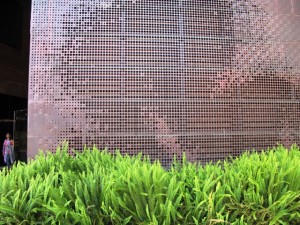 Here's a closer look at the pointillistic-style perforated copper exterior.

After I left the galleries, I took the elevator to the viewing tower.

Actually, this was the first time I’ve been to the de Young since it was renovated and reopened in October 2005. The “new” building is clad in a perforated copper sheath, which may sound rigid but has a sensual fluidity that reacts to the light and dark.

Depending on how the sun moves through the sky, the building’s surface has dot-like patterns and a shimmery quality. The 144-foot tower is one of the most alluring aspects of the new design, by Swiss architecture firm Herzog & de Meuron and Fong & Chan Architects in San Francisco. From way up high, you can see the best of San Francisco – a 360-degree, mind-blowing perspective. 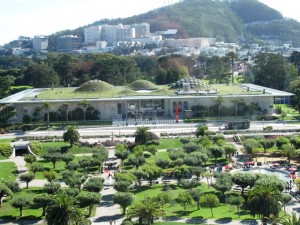 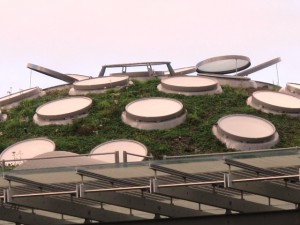 A closer look of one of the roof's mounded forms

From here, I got some photographs of that green, living roof.

I’ve already decided that on my next visit to San Francisco, I will have to see that installation up close and personal. Because while peering down on it and photographing it (through the glass-walled viewing gallery), I noticed that people were up on the roof doing just that.

Not a bad lineup for a few hours at Golden Gate Park, huh?