BEHIND THE SCENES WITH JON TOGO 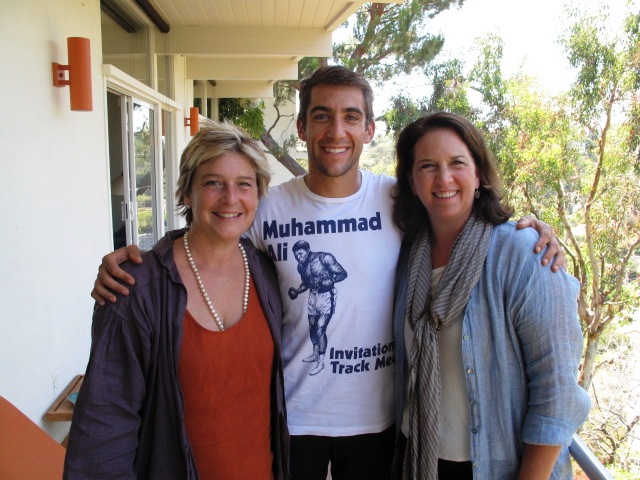 Actor Jon Togo (center), with designer Lory Johansson and me

If you’re a fan of the “CSI” television franchise, you probably know this handsome young actor I’m standing with in the photo at left. He’s Jonathan Togo, aka investigator Ryan Wolfe of “CSI: Miami.”

The show enters its 9th season with tonight’s premiere (10 p.m. on CBS). In anticipation of the show, I’ve posted my recent interview with Jon and his interior designer Lory Johansson.

Lory, an inventive and gifted designer whose firm is called Just Joh, introduced me to Jon’s 1958 Midcentury modern “guy pad” in the Hollywood Hills earlier this year. I love that Jon describes her as “the best design Sherpa” because it’s true. She has a gift for helping each client express his or her unique personality through furniture, art, and the home.

The Los Angeles Times photographed the interiors in July, the day of this photo, which Lory’s husband Mats Johansson took with my camera. My interview with Jon and Lory (and featuring a fun commentary by Jon’s mother, Sheila Togo) appeared in the Sept. 18 issue of the HOME section. You can read the story and see a gallery of photos here.

This entry was posted on Sunday, October 3rd, 2010 at 4:05 pm and is filed under Architecture, Creativity, Furniture design, General, interior design, Writing. You can follow any responses to this entry through the RSS 2.0 feed. You can leave a response, or trackback from your own site.