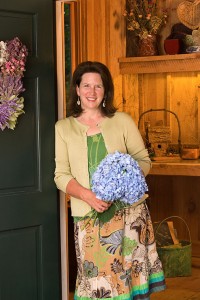 If you, like me, are enchanted with sublime and soulful backyard destinations once merely called “sheds,” consider yourself a Shedista.

According to some Internet searches, the term Shedista has been appropriated (originated?) by the boutique wine industry. In France, these clever folks are called “Garagistes,” because they make incredible wine in their garages. Kind of an underground movement!

To quote Wordspy.com: “Shedista: A professional, low budget wine maker, particularly one who processes grapes in a shed-like building.”

I first discovered this term in Jay McInerney’s “Uncorked” column for (now defunct) House & Garden magazine: It was titled “The Shedistas.”

He wrote about a “warehouse gang” of Santa Barbara winemakers who “maxed out credit cards to rent a shed, buy a few tanks and a few tons of Syrah grapes, design a label, and make [their] own wine.”

Those who know me well know I have no desire to steal a moniker from winemakers. However, if you do an Internet search of the word, I bet you’ll find nearly three-quarters of the Shedista entries appearing are ones that I’ve generated. Yup, I’m out to change the meaning of this alluring term. 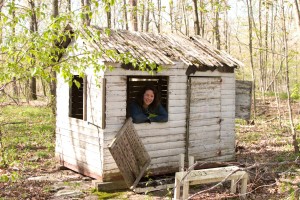 Here’s my definition: “Shedista: A person who creates and occupies a small-scale shelter in the garden for personal enjoyment and the pursuit of any creative passion.”

My UK shed friend, Uncle Wilco, who publishes a blog at his We [heart] Sheds site, calls himself a “Sheddie.” It’s a close cousin to “Shedista,” and we can all feel free to use both terms! Another friend coined the word Shedquarters to describe his backyard office. In other words, shedistas find shelter in their shedquarters. I like it!

If you wish to see some of the very best examples of personal escapes, aka “sheds,” check out my book: Stylish Sheds and Elegant Hideaways. Welcome to all Shedistas!

Photos: (c) William Wright; top left: taken in July 2007 in Atlanta – in the doorway of Betsy Hansen’s beautiful potting shed. Lower right: taken in May 2007 (as a joke) at an abandoned child’s playhouse in Connecticut. We were on location at author Amy Bloom’s property and noticed this “shack” on a hill near her property. We couldn’t resist!

A Post-Script, Uncle Wilco just tipped me off to his December 14, 2006 post “What is a Shedista?” in which he quoted the same Wordspy definition I’ve used. I like what he wrote after that:

sounds great, but who is someone who brew beer in their sheds, maybe a shedbrewhaha

As I wrote in a reply to him: Of course, while I was running around the country trying to find sheds to photograph and write about, there he was . . . steps ahead of me! Thanks Uncle Wilco!

This entry was posted on Thursday, December 11th, 2008 at 10:28 pm and is filed under Architecture, Creativity, General, Shed Glossary, Sheds & Havens. You can follow any responses to this entry through the RSS 2.0 feed. You can leave a response, or trackback from your own site.

9 Responses to “are you a SHEDISTA?”