I traveled last month to Seattle’s fabulous Northwest Flower & Garden Show, spending a week in my beloved former city absorbing the magical effect of rare February sunshine filtered through a dewy atmosphere. Here is a field report of some of my favorite gardens at the show: 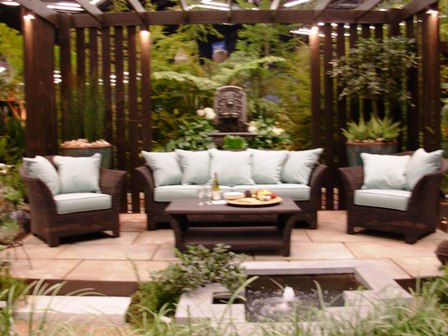 Stained chocolate brown, a sleek, 10-by-15 foot “slat house” provides a sense of shelter while allowing views into and out of the room-like space. 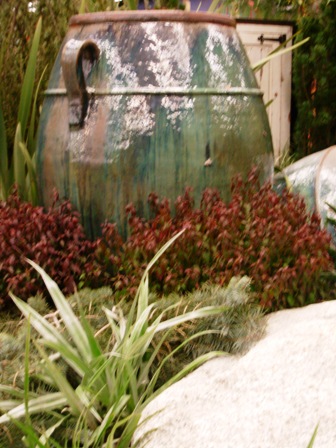 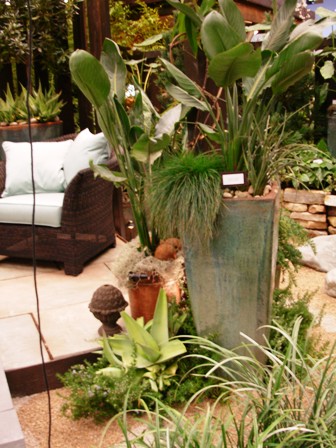 I enjoyed serving as a judge for Seattle Homes & Lifestyles’ “First in Home and Design 2008” award, an honor given to the best example of residential garden design. I evaluated more than 25 display gardens with publisher Jill Mogen, editor Giselle Smith, art director Shawn Williams, and assistant editor Lindsey Rowe. Unanimously, we selected “Garden Getaway,” created by Tami Ott-Ostberg of Garden Dreams Design, and Ian Wilson of Outdoor Living Environments. With a fashion-forward aqua-and-brown palette, the two interpreted an interior design aesthetic for the landscape. 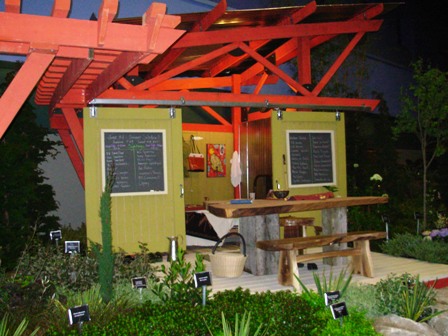 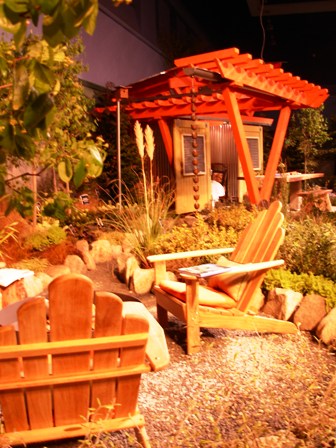 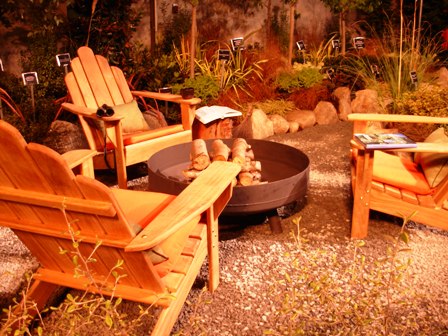 My shed obsession was satisfied when I viewed “Sommarstuga: Summer Living, Simply and Sustainably,” a fantastic take on a Swedish summer cottage (see above), designed by Janine Anderson and Terry LeLievre for the Washington State Nursery & Landscape Association. How fitting that Sunset magazine selected this garden for its award. Here’s what the designers had to say: “Similar to the Northwest, Sweden has short summers and long summer days. Swedes often spend their summers in simple, airy cottages . . . . Though such a retreat might sit on an island in the Stockholm archipelago, it could just as easily straddle rocks on a Northwest promontory. . . .wherever it sits, a Sommarstuga is an icon of summer living.” 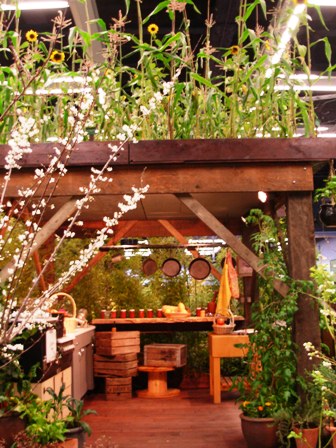 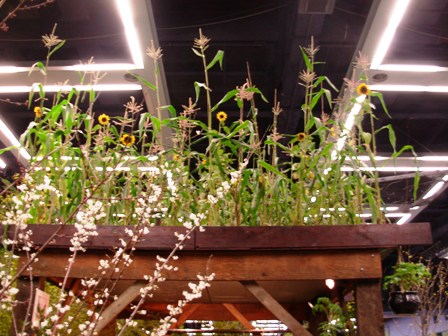 corn and sunflowers rooted in the roof of an arbor 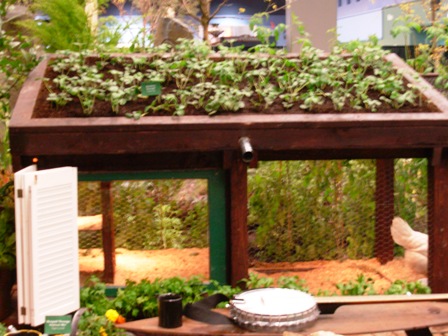 edibles planted in the roof of the chicken coop

I was thrilled to learn that judges for Pacific Horticulture, the awesome journal for Western gardeners, gave the nod to “A Backyard Farm: Urban Agriculture in the Northwest.” Designed by Colin McCrate and Brad Halm of Seattle Urban Farm Co., the garden featured a vegetable patch, mini orchard and chicken coop, an illustration of how a Seattle resident might bring the concept of urban agriculture to their own backyard. The open kitchen situated next to the garden emphasizes the connection of the landscape to the dinner table. The inclusion of traditionally rural elements (chickens, corn stalks, sunflowers and more) in an urban setting shows how a small but functional garden space can also be beautiful. 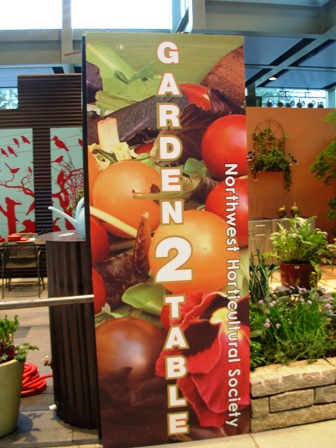 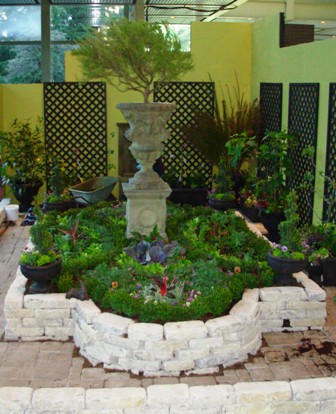 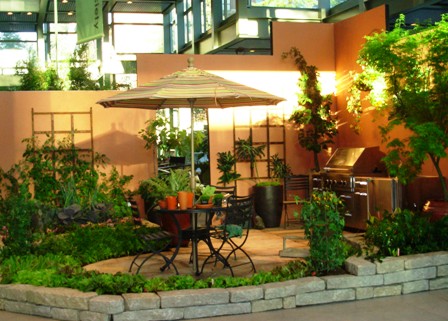 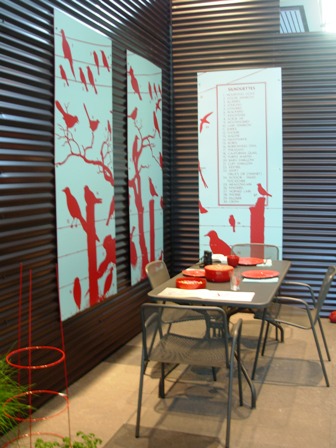 Kudos to Northwest Horticultural Society and its members, volunteers and president Nita-Jo Rountree for pulling off an inspiring educational display called “Eat Your Vegetables: Garden 2 Table.” Each of three designers showed how edibles can be beautiful elements of residential garden design. I loved it!

This entry was posted on Wednesday, March 19th, 2008 at 9:07 pm and is filed under Architecture, Creativity, Shed Glossary. You can follow any responses to this entry through the RSS 2.0 feed. You can leave a response, or trackback from your own site.